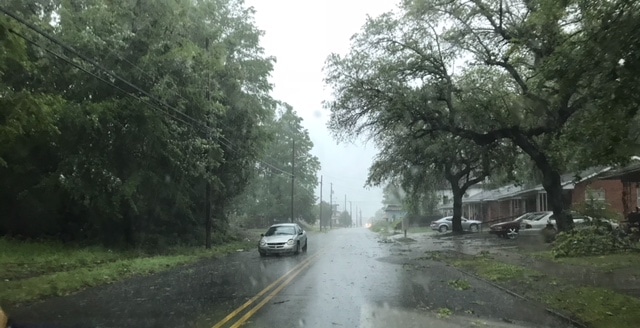 Severe weather spanned across the majority of Mississippi, Louisiana, and Alabama throughout Tuesday afternoon and into Wednesday morning, with the National Weather Service (NWS) releasing that at least 29 total tornadoes were confirmed in the three states during that time.

Mississippi was anticipated to receive the harshest weather of the storm, with the central portions of the state sitting in the bullseye of the forecasted storm.

As the heavy cloud coverage and rain moved east through the state, NWS reported countless tornado watches and warnings, as well as several flash flood warnings. The majority of Mississippi was under a tornado warning before midnight, with at least six tornadoes being confirmed as the night progressed.

The confirmed tornadoes touched down near the following counties and cities:

Flash flood warnings were also issued for the following parts of the state:

Countless homes and buildings received mild to heavy damage from the harsh winds, rain, and hail, as wind speeds were reported to be up to 60 miles per hour in certain areas. Hail reported across the state ranged from pea to tennis ball sized.

A volunteer fire station in Lowndes County, as well as a bridge in Monroe County, a grocery store in Caledonia, and Mt. Zion Cumberland Presbyterian Church in Steens were reported as being destroyed by the storm, . Numerous homes and power lines were also said to have received heavy damage in Lawrence County, Choctaw County, and Caledonia.

At this time, no injuries or deaths have been released in Mississippi as a result of the severe weather.