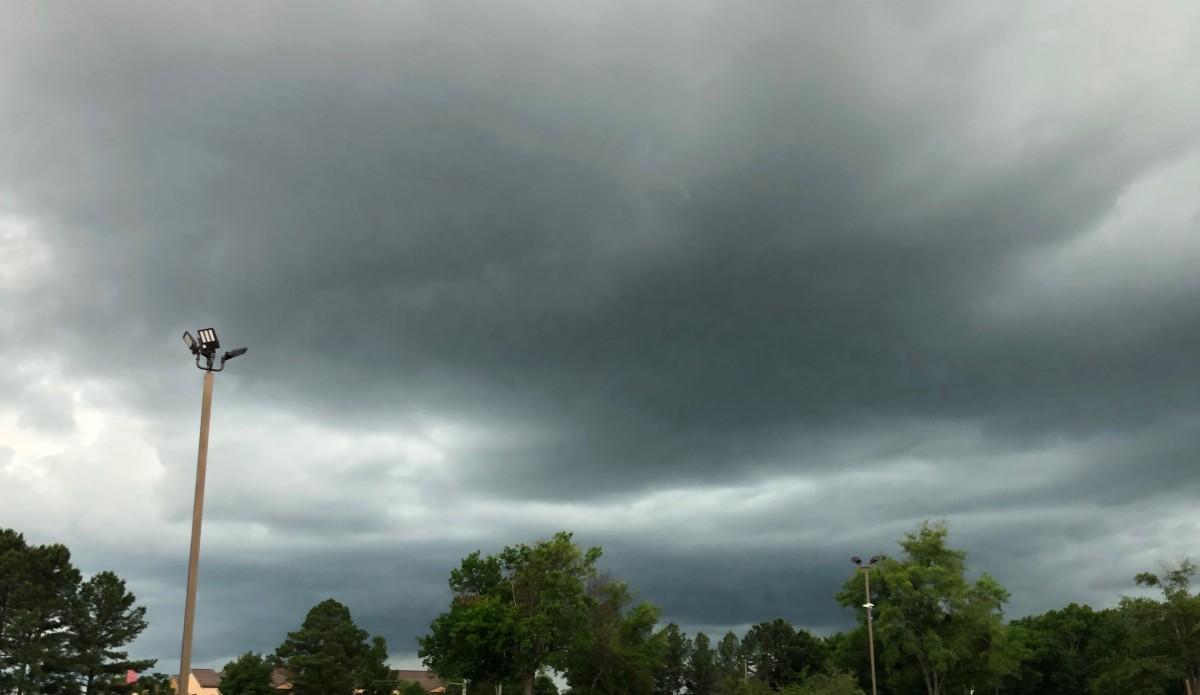 COVID-19 and severe weather have been the two constants in Mississippi in recent weeks, and that will likely continue tonight.

According to the National Weather Service, the entire state could be impacted with varying degrees of severity. 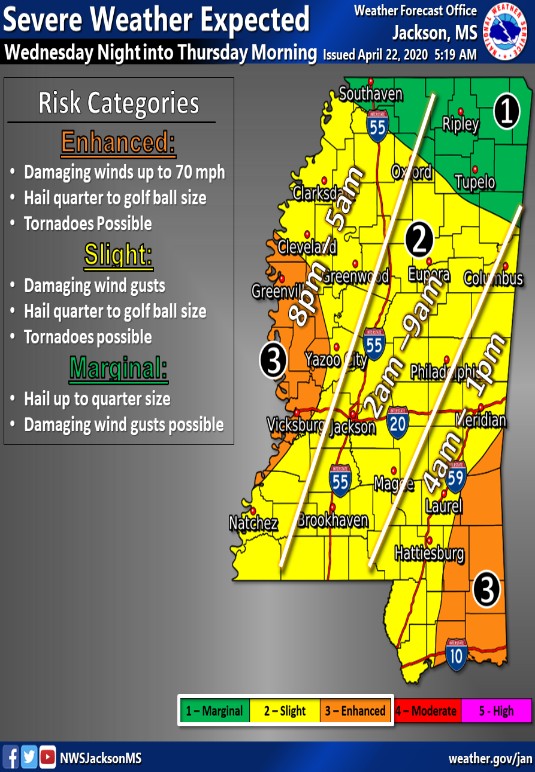 Localized forecasts can be found below. 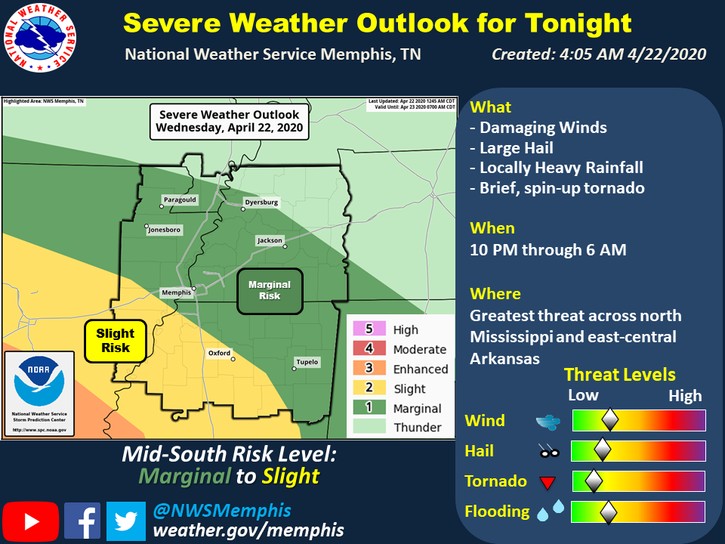 “There is a risk for severe weather across portions of the Mid-South tonight. Damaging winds and large hail will be the primary hazards, but locally heavy rainfall and a brief, spin-up tornado are possible as well, mainly in east-central Arkansas and north Mississippi.” 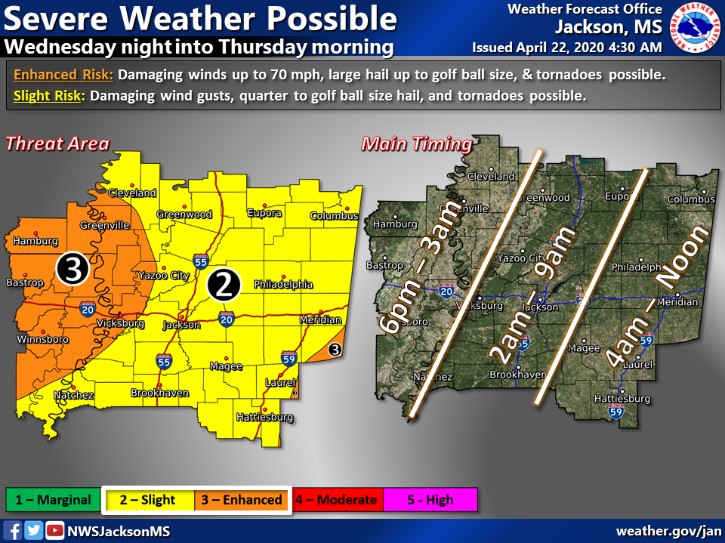 Heavy rain falling on very moist ground could lead to flash flooding Wednesday night into early Thursday morning, especially in the area extending from northeast Louisiana into central Mississippi where a Flash Flood Watch is now in effect.” 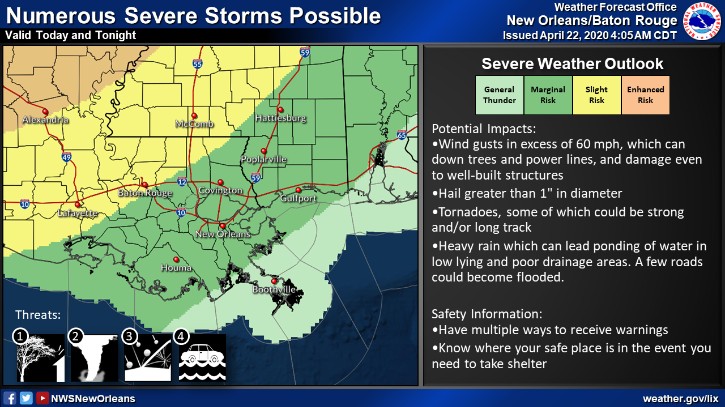 Mississippi has been hit hard by severe weather two Sundays in a row. On Easter Sunday, over 1,400 homes were damaged in 34 counties and 14 fatalities have been reported. Several tornadoes, including two long-track EF-4 storms, have been confirmed from the severe weather event.

This past Sunday, one fatality was reported in Marion County after an EF-4 tornado touched down in the area.

Pascagoula mayor on reopening the economy: “we want to be thoughtful”