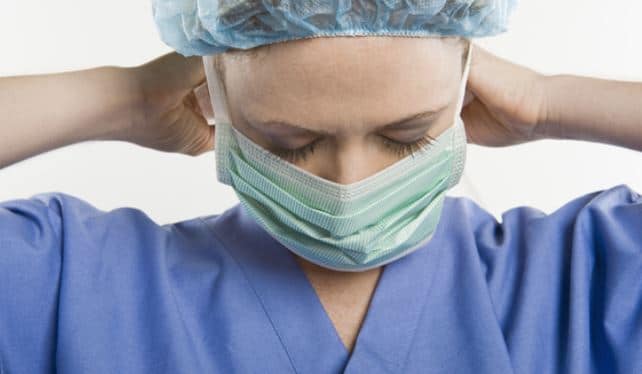 On Sunday, Singing River Health CEO Lee Bond took to Facebook to deliver sobering message.  As the cases of COVID-19 rise across the state, Bond gives us a first hand look on what is taking place on the front lines of his hospital.  You can be certain, what is unfolding on the Coast is occurring at hospitals in towns and cities throughout Mississippi.

The number of infected people is rising, and the number of clinical personnel in our state is declining. This morning the ability of our state and neighboring states to provide ICU care is probably at the lowest point ever. And to be clear, the state and region is NOT almost out of physical ICU beds, it is out of NURSES to staff the beds.

I am an eternal optimist. I also do know that it could get worse, but I hope it doesn’t. But I know as a people we will make it through, one way or another.

Yesterday I witnessed altruism at its highest level. I will give you just a few examples, though there are many more.

I saw RNs with Rendy and Jason literally caring so much about saving people’s lives that they didn’t even care how late or how hard they have to work. They will be there again today and tonight and again tomorrow, and the next day and the next, putting their own families aside, delivering life saving monoclonal antibody treatment to qualifying outpatient CoViD positive patients. This treatment is the second best defense behind vaccinations to keep people out of the ER or ICU.

I saw Kim T. and Courtney P. in our primary care clinics see more patients in one day than they have ever seen before, EVER. (I also saw our CMO in the ER, the ICU and MedSurg seeing patients and helping nurses in three different hospitals, all the while knowing he will be back again today, on Sunday: what other Chief Medical Officer does that?!) I pray thanks to almighty God for them and so many others not mentioned. The strongest person on earth is not completely unbreakable. I saw a seasoned nurse in the ICU nearly in tears not because she doesn’t have the grit to keep pressing on, for what is surely going to get worse tomorrow and the next day, but rather because of an under 50 year old with underlying conditions that she put on a vent who is likely not going to make it. What she is also trying to hold back tears about is knowing almost half of the world thinks this is all just a government inspired hoax, yet here she stands, expecting another real one tomorrow and another the next day and another the day after that and on and on while a large portion of the world literally doesn’t even believe it or care. I think she feels like a forgotten soldier, still fighting the war on the front line to save the lives of a society that largely ignores what is happening to her. Yet she presses on.

I saw the strongest ER nurse holding back tears because she didn’t think it could get worse and it has. The State MedCom program to move patients from saturated over-capacity hospitals in Mississippi has no unsaturated hospitals to move anyone to now, and called us to ask if we could possibly take an ICU level patient from North Mississippi to hold in the ER, because the hospitals in central Mississippi are in worse shape than the coast. Throughout the state today and tonight, hospitals will be receiving ICU level care in ER’s. This is a horrific situation. The feeling of being a nurse who may have to do that is literally indescribable. It’s the absolute worst. Over 40 people, somewhere in Mississippi or South Alabama today, need an ICU bed but will not get it because there are not enough nurses in the state to staff them. They will “board” in an ER room. More tomorrow. Other than the patient who is in the room needing the ICU bed, she wonders if anyone else even cares, as the world goes on about its business enjoying their Saturday and Sunday – while her sacrifice is marginalized by people filled with complete hate, fighting about vaccine efficacy and disagreeing with immaterial numbers. Fewer people are talking about or thinking about the sacrifice of the soldiers. But she presses on.

There are RNs and other front line caregivers in Medical Surgical units and other areas mustering every bit of grit they have right now. It’s unbelievable really.

Hundreds of worn out clinical people are putting their own families aside day after day night after night to help others beyond belief. You might wonder why would anyone except someone with supernatural magnanimity want to be a nurse!? Please pray to God for thanks for them, that these souls exist. Pray for continued Singing River Strong level stamina for them. They are fighting harder than ever to save lives, yet they are to some degree part of our selfish society’s forgotten soldiers. Don’t forget about them.