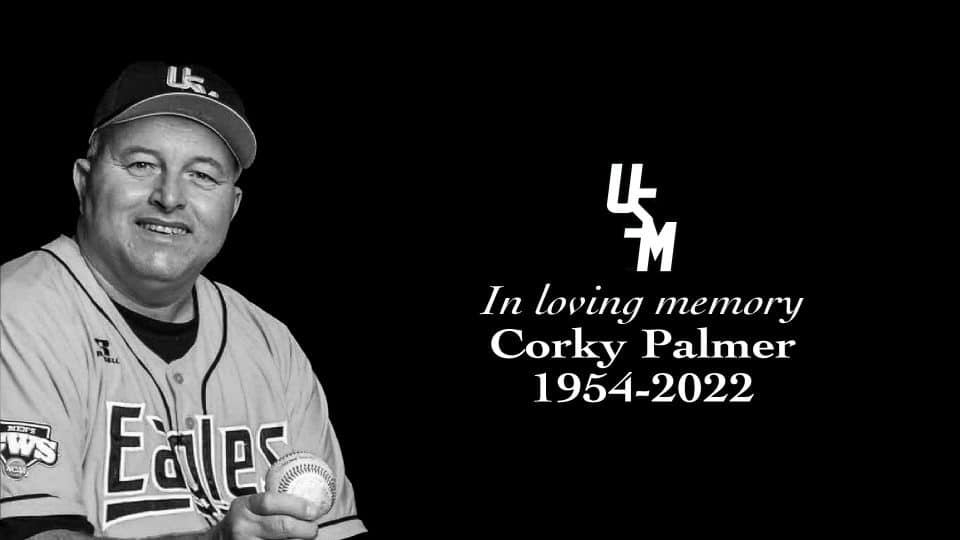 A Southern Miss legend passed away on Wednesday.

Corky Palmer started his career with the Golden Eagles baseball program in 1974 as a player. During his four years with the team, he posted a career .274 batting average as USM’s starting catcher. He was named team captain in 1977.

After six years of coaching at the high school level post-graduation, Palmer returned to Hattiesburg as an assistant coach. From 1984 until 1986, he oversaw the team’s pitching staff before being offered an opportunity to direct the baseball program at Meridian Community College (MCC).

At MCC, Palmer’s program was consistently one of the nation’s best, compiling a 409-160 record over 10 seasons. Six of those teams captured 40 or more victories. Three of those teams reached the Junior College World Series with the 1996 squad finishing runner-up.

Palmer was named Region 23 Coach of the Year four different times while in Meridian before making the decision to go back to Southern Miss. He would serve one year as as an assistant coach before the keys of the program were turned over to him in 1998.

Fast-forward 11 years and Palmer had amassed a 458-281 record with eight NCAA Tournament berths as the Golden Eagles head coach. In his final season, he led Southern Miss to the program’s only College World Series in 2009.

Palmer was 68 years old at the time of his passing.

Visitation will be held in Hattiesburg on Sunday, August 14 from 4:00 p.m. until 7:00 p.m. at Hulett-Winstead Funeral Home as well as at 12:00 p.m. on Monday, August 15 at Providence Baptist Church. The funeral service will follow Monday’s visitation.