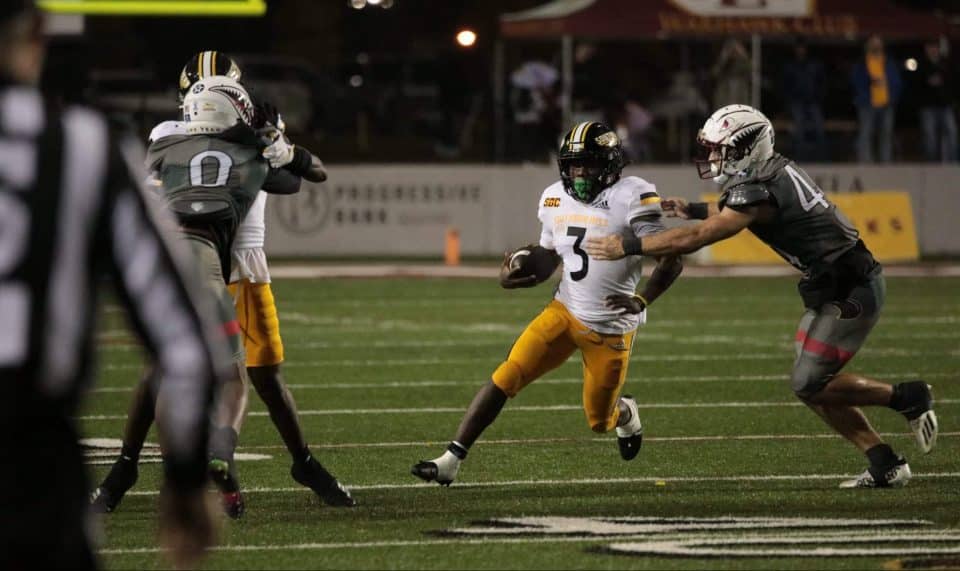 The Golden Eagles got off to a hot start courtesy of a 29-yard touchdown pass from Trey Lowe to Jakarius Caston on USM’s opening drive. A 20-yard Briggs Bourgeois field goal would give USM a double-digit lead that would be cut by a Louisiana-Monroe touchdown. USM would have an opportunity to close out the half on a high note, but poor clock management would keep the Golden Eagles with a three-point lead, despite the defense holding ULM to only one score.

After the half, Frank Gore Jr. headlined the USM offense in his successful campaign to surpass 1,000 yards in a season for the first time in his Southern Miss career. A blocked punt by the Golden Eagles’ secondary would then set up a 33-yard touchdown from Gore to take another double-digit lead, and ultimately seal the game.

USM’s defense dominated all game, only giving up 231 yards. Junior linebacker Averie Habas was all over the field and led the team with eight tackles and one of the Golden Eagles’ four total sacks on the game.

Offensively, Southern Miss amassed an impressive 448 yards, considering the slippery conditions. Lowe completed 10 of 16 passes for 170 yards and a touchdown. Gore mounted 199 yards and score on the ground.