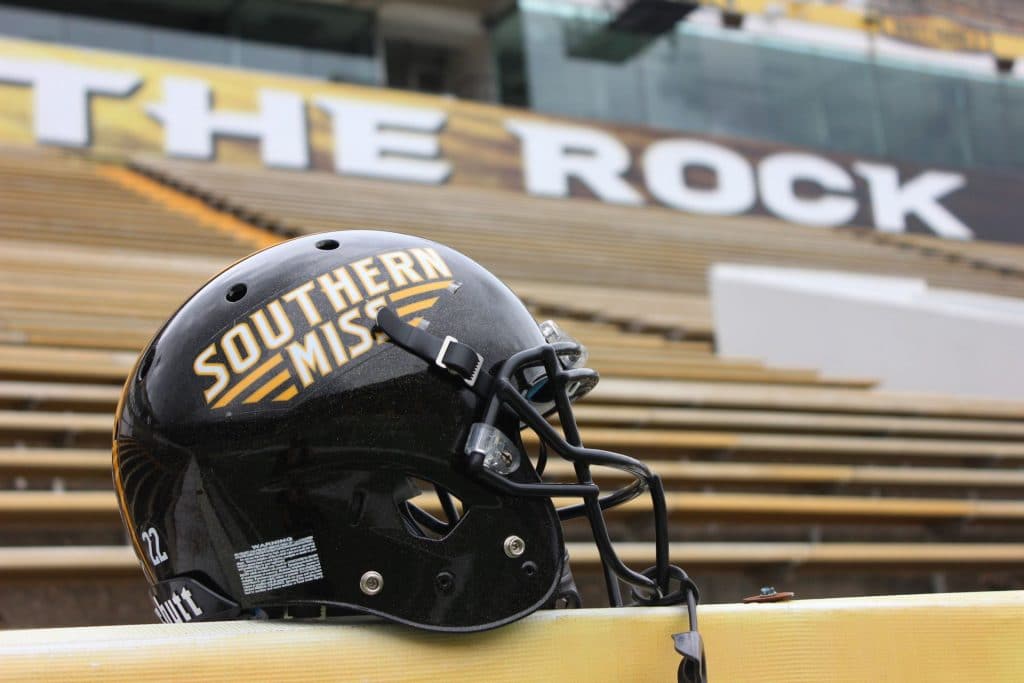 The Southern Miss Golden Eagles finished the 2020 season on a positive note, defeating the Florida Atlantic Owls by a score of 45-31.

West Virginia transfer Trey Lowe received the start behind center for the Golden Eagles (3-7) and didn’t disappoint, throwing for two touchdowns while adding another one on the ground.

Outside of the passing game, the rushing attack must have been getting ready for Will Hall’s seemingly rush-heavy offense coming into town as the backfield, led by Frank Gore, Jr. and Kevin Perkins, accounted for 305 rushing yards—the most for a Southern Miss team since 2016.

All-in-all, the Golden Eagles offense put up 509 yards on the Owls (5-4), who have one of the top defenses in the Conference USA. It was also the first time all season that Florida Atlantic had given up over 20 points.

Gore, Jr. finished the day with 111 yards and one touchdown, giving the freshman phenom over 700 yards on the season, while wide receivers Tim Jones, Jr., and Jason Brownlee combined for 146 yards and two touchdowns.

The win over an impressive Owls team was an assuring way to end the season for a team that has gone through three acting head coaches while losing their starting quarterback in the short span of three months.

“I’m just so proud of these men and this coaching staff,” interim head coach Tim Billings said after the victory. “It was a great way to leave this place. I have a soft spot in my heart for Southern Miss and always will. Hopefully, I just told these guys that this was a start to next year with the new coaching staff. I expect to see them win the championship next year, and I’d be cheering for them all the way.”

The Will Hall era at Southern Miss will officially begin on September 4, 2021, when the Golden Eagles travel to Mobile to face off against the South Alabama Jaguars.

Beaming into the future: I-20 construction makes history