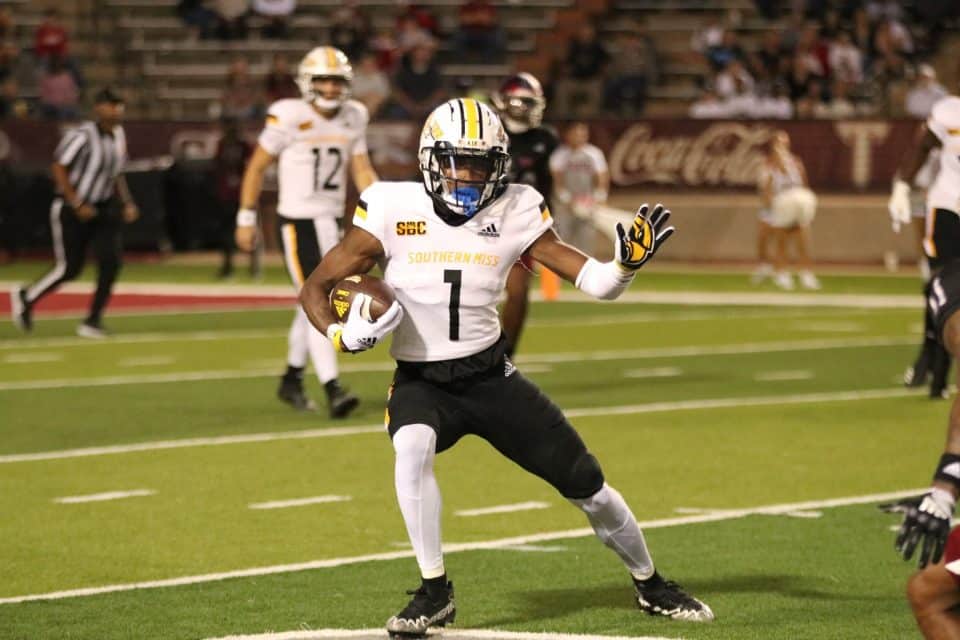 Fortune was not on the side of Southern Miss in its inaugural appearance versus a fellow Sun Belt Conference opponent in Troy.

Although the Golden Eagles entered Saturday’s matchup on a two-game winning streak against the Trojans, a frustrating offensive performance rife with turnovers would prevent USM from adding a third consecutive victory over Troy to its arsenal.

Despite the frustrating showing from the offense, the Golden Eagles’ defense capitalized on opportunities with a pair of forced interceptions and kept the game within reach. Ole Miss transfer Jay Stanley hauled in one of the picks to prevent a Troy from scoring while in the red zone. Nevertheless, the defense’s strong showing wasn’t reflected on the scoreboard due to woes on the other side of the ball.

In all, USM had a 7-3 lead at the half, but the last 30 minutes of the game belonged to Troy who outscored the Golden Eagles 17-3 in the second half. Southern Miss was turned into a one-dimensional team offensively as the Trojans’ stout defensive front only allowed 48 total rushing yards.

Will Hall’s squad will have an opportunity to win its first-ever Sun Belt Conference game at home against Arkansas State on Saturday, October 15 at 6 p.m. CT.

Your Mississippi forecast for Monday, October 10