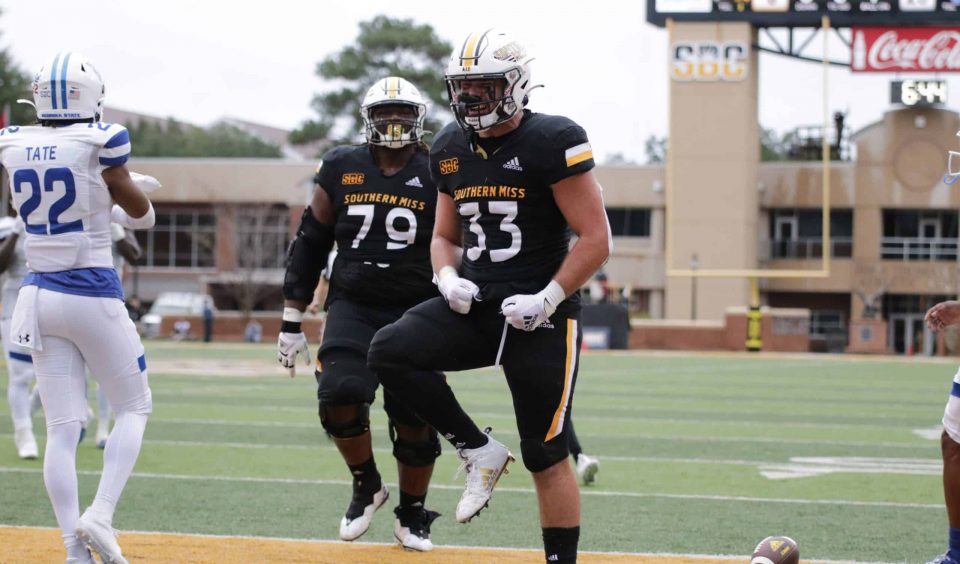 Southern Miss’ first shot at obtaining bowl eligibility fell short as the Golden Eagles were beaten in all three phases against Georgia State, losing the game 42-14.

From the onset of the game, USM found itself at a disadvantage with an inability to move the football. Southern Miss was forced to punt on six of its first-half possessions and Zach Wilcke threw an interception on the other.

Georgia State capitalized on these errors and took a 28-0 lead, causing Will Hall to put the offense in sophomore quarterback Jake Lange’s hands before halftime — a change that would have no effect on the scoreboard going into the second half.

Hall made yet another quarterback change to begin the third quarter, giving Trey Lowe an opportunity to end the offensive stagnation — and to some avail. The Golden Eagles clawed their way back into the game with a touchdown thrown to Cole Cavallo, as well as a fumble recovery that opened the door for a 43-yard Frank Gore Jr. score.

Unfortunately for Southern Miss, the Panthers’ offense responded with back-to-back touchdowns to take a 42-14 lead, one that the Golden Eagles would not be able to catch up with.

Trey Lowe led USM in passing, throwing for 84 yards and one touchdown on 14 attempts. On the ground, Frank Gore Jr. was limited by Georgia State’s tough defensive front, but the sophomore running back managed to give the Golden Eagles 87 rushing yards and a score.

Southern Miss (5-4, 3-2 Sun Belt) will have another opportunity to cement its spot in a bowl game in a matchup on the road against a ferocious Coastal Carolina team.