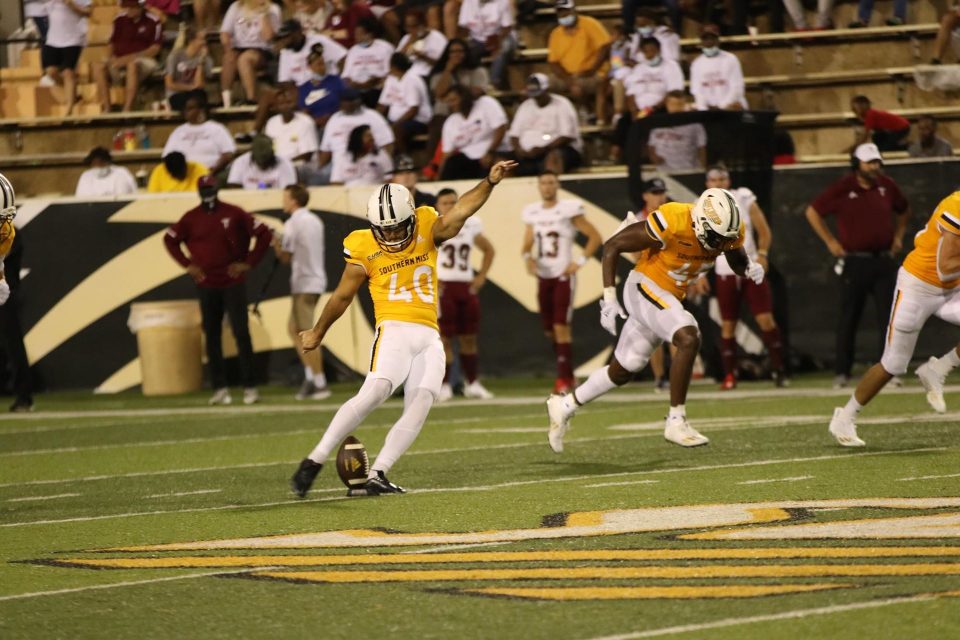 HATTIESBURG, Miss. (AP) — Kimai Vidal found a narrow seam on the right side to fight his way into the end zone from the 8, capping a 21-point second-half rally as Troy defeated Southern Miss 21-9 Saturday night.

Taylor Powell threw a 20-yard touchdown pass to Jabre Barber as Troy (3-0) took its first drive after halftime for 75 yards and the lead, 7-3. By the end of the third quarter, the score was 14-3 after Powell found Deyunkrea Lewis from 16 yards out.

The Trojans outgained Southern Miss 304-156 in total offense, holding the Golden Eagles (1-2) to minus-1 yards rushing. Southern Miss’ Frank Gore, Jr., who averaged 121.5 yards rushing per game, was held to 31 on 15 carries. Ty Keyes posted minus-45 after nine sacks for a loss of 70 yards.

Troy has held seven of its last nine opponents to fewer than 21 points.

The Southern Miss defense had limited its first two opponents this season to less than 100 yards rushing and was ranked No. 7 nationally in total defense.

Southern Miss returns to action when it travels to Alabama on Sept. 25. Kickoff is scheduled for 6:30 p.m.