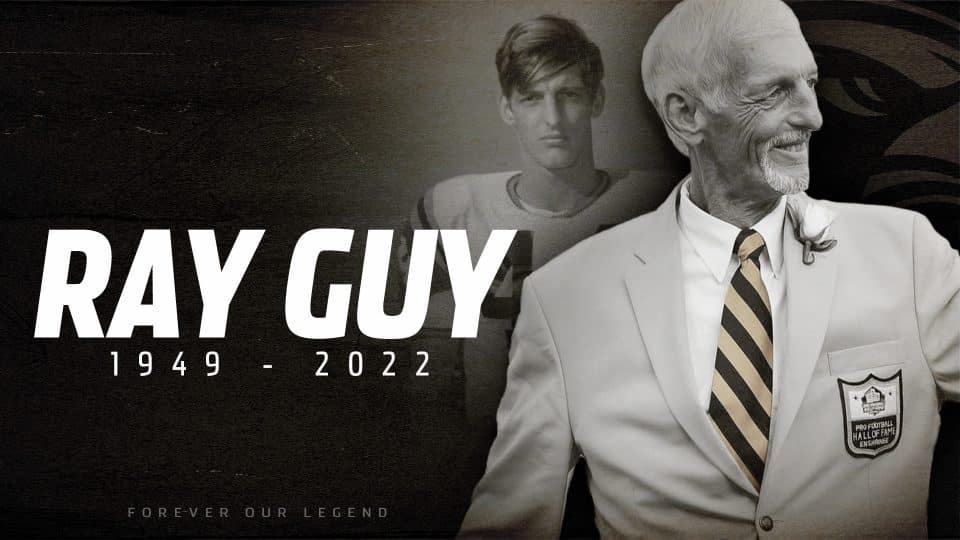 Southern Miss great and NFL Hall of Famer Ray Guy has passed away at the age of 72.

Guy, who died Thursday morning following a lengthy illness, is widely considered the greatest punter of all time. Following his playing days with the Golden Eagles, he was selected by the Oakland/Los Angeles Raiders with the 23rd overall pick in the 1973 NFL Draft, making him the first-ever punter to be drafted in the first round.

During his 14-year career with the Raiders, Guy was selected to seven Pro Bowls and six All-Pro teams, appearing in three Super Bowls (XI, XV, XVIII).

Guy still holds the Raiders record for most career punts (1,049) and led the NFL three times in gross punt average. Additionally, the Thomson, Ga., native had 210 punts inside the 20-yard line (not counting his first three seasons in which the NFL did not keep track of the stat), with just 128 touchbacks. He closed out his career with a streak of 619 consecutive punts without a block.

“When we first drafted him, it was a heck of a choice,” Madden said. “I thought then he could be the greatest in the league, but I changed my mind. I think Ray proved he’s the best of all time.”

Following his retirement, Guy was selected to the NFL Hall of Fame in 2014. He was also named to the 75th Anniversary NFL All-Time Team, the 1970s All-Decade Team, and the All-Time NFL Team.