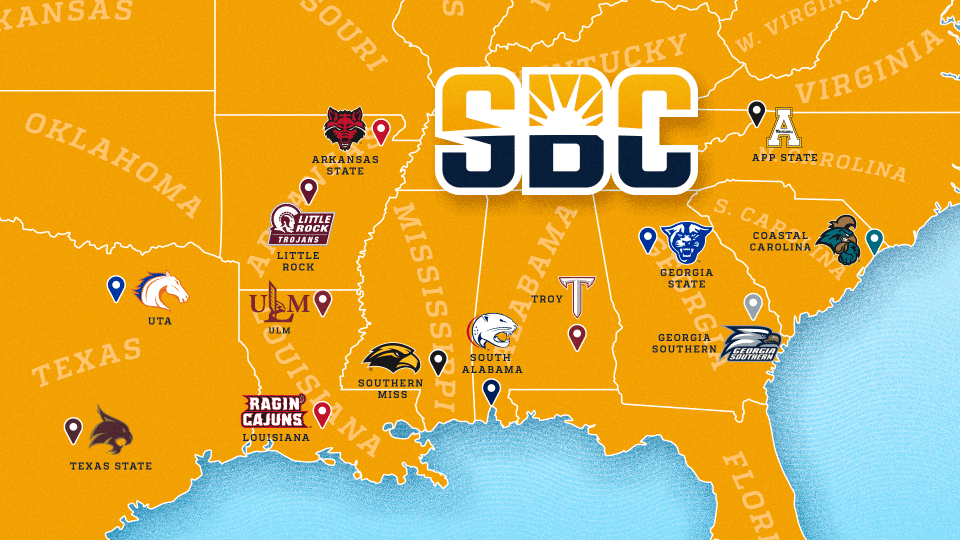 Southern Miss’ move from Conference-USA to the Sun Belt has been made official.

In a tweet, the new conference home of the Golden Eagles welcomed its 13th member.

Please join us in welcoming @USMGoldenEagles to the Sun Belt Conference. ☀️

“Today is a great day for Southern Miss. I want to thank Commissioner Gill and the Board of Directors within the Sun Belt for their faith in our institution and our ability to add value to the conference,” Jeremy McClain, Southern Miss Director of Athletics, said. “We are excited about adding our rich tradition of success and passionate fan base to a conference that values those attributes, and look forward to working together to continue to elevate the Sun Belt on the national stage.”

News of the move came to light last week in the midst of a mass exodus from C-USA after six member institutions left to join the American Athletic Conference. Just days later, The Athletic reported that USM was close to finalizing an agreement with the Sun Belt.

“When national realignment discussions began, our presidents and chancellors expressed confidence in the current SBC configuration, but also defined the parameters for potential new members. Our goal was to only add schools that added value, that fit geographically, and that mirrored our athletics and academic missions,” Dr. Kelly Damphousse, Arkansas State President & Chair of Sun Belt Executive Committee, said. “Southern Miss perfectly matched those parameters, and my colleagues look forward to welcoming President Bennett and his colleagues to the Sun Belt Conference.”

The Golden Eagles become the 13th member of the Sun Belt with the conference expected to add additional teams as conference realignment continues. USM’s fellow C-USA members Marshall and Old Dominion could also be headed to the Sun Belt.