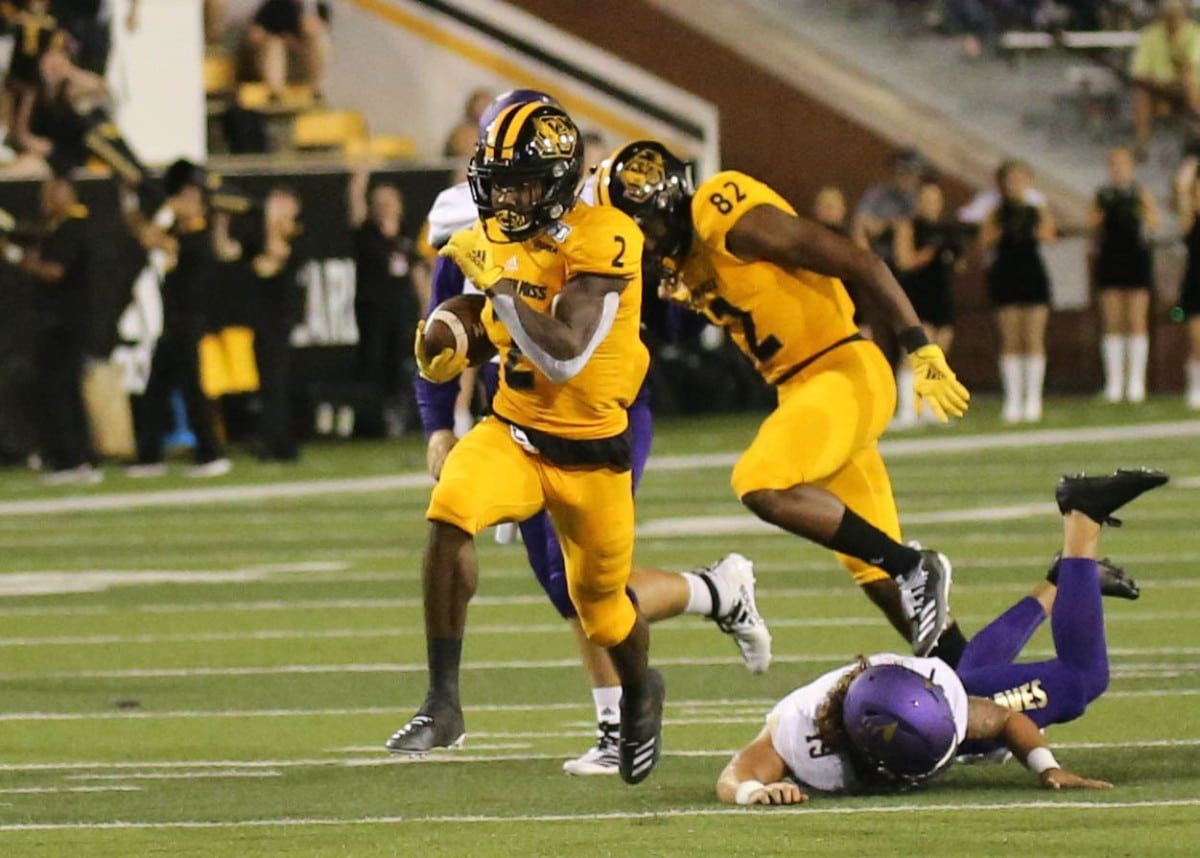 The Southern Miss sophomore returned a kickoff and punt for touchdowns in the Golden Eagles’ season-opening 38-10 victory over the Braves.

“We played really good on our special teams unit,” Southern Miss coach Jay Hopson said. “Jaylond had a great game, but he’s wise enough to know those guys on that front line _ on the kick return and the punt return _ they’re the guys that set him free.”

Adams took the season’s opening kickoff 89 yards for a touchdown. The last time a Golden Eagle had run back a kickoff: Jalen Richard against the University of North Carolina-Charlotte in 2015.

With Southern Miss up 28-10 early in the fourth quarter, Adams fielded an Alcorn State punt at his 20-yard line and went 80 yards as the majority of the announced 31,706 roared their approval of Adams for a second time Saturday.

The last time a Golden Eagle returned a punt for a touchdown: Quez Watkins in the 2018 season opener with Jackson State.

ASU got within 21-10 on Corey McCullough’s 46-yard field goal, but Abraham squeezed through the left side of a collapsing pocket to score on a 14-yard run, and after ASU was forced to punt away its ensuing possession, ripped through the middle of the field and the Braves’ coverage to leave Southern Miss up 35-10.

Stein wrapped up the scoring with his longest field goal of the night, a 24-yarder.

Abraham came through with an 18-of-28 performance, throwing for 293 yards and a touchdown. His favorite target, Jordan Mitchell, had seven catches for 133 yards. Tim Jones finished with 68 yards on five catches.

Alcorn senior quarterback Noah Johnson finished 17-of-31 for 143 yards against a Southern Miss defense that sacked him four times and banged him around on another dozen occasions.

The Braves were limited to 219 total yards.

The Golden Eagles (1-0) will hit the road for the next three weeks, starting at 2:30 p.m. Saturday when it visits Mississippi State.