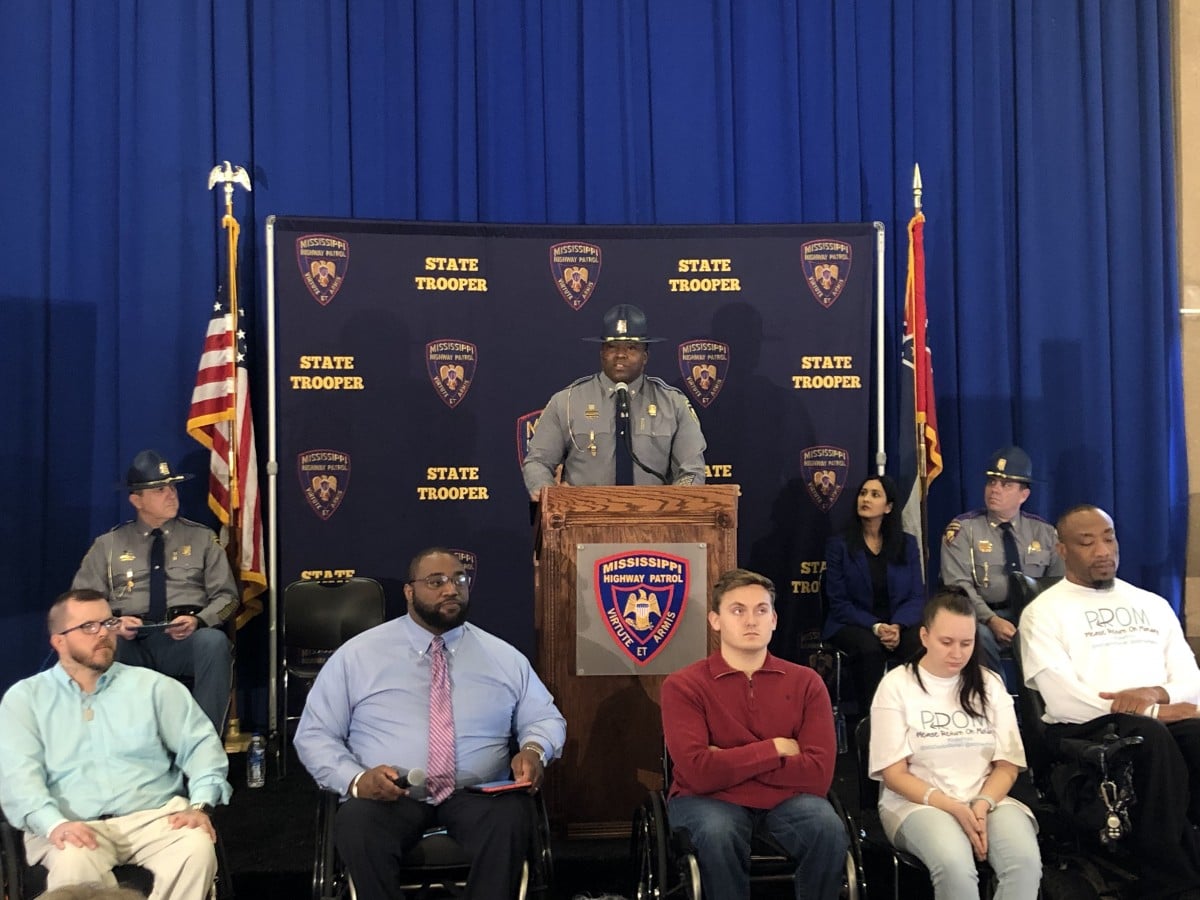 For the third consecutive year, the Mississippi Highway Patrol and the Mississippi Department of Rehabilitation Services have partnered to promote their prom night safety initiative.

The initiative, aimed at ensuring that teens make smart choices on the roadways, is named P.R.O.M – ‘Please Return on Monday’. Key messages of the campaign urge prom-bound students to return home “in the same condition you left” by making good choices such as buckling up, no texting and driving and no drinking and driving.

As anticipation for prom season begins, the agencies will travel to schools across the state to share stories of those whose lives have been affected by drivers who didn’t make smart choices.

“The Mississippi Highway Patrol partnership with the Mississippi Department of Rehabilitation Services is designed to educate our young people on the importance of making good conscientious decisions during prom season,” said Colonel Chris Gillard, Director of the Mississippi Highway Patrol. “MHP and MDRS will be conducting an all-out statewide educational blitz encouraging students on the importance of making good choices this prom season. We want every student to return home safely-in the same condition they left.”

According to the National Highway Traffic Safety Administration, approximately 1,000 people under 21 die each year in “preventable tragedies” while celebrating their high school proms and graduations.

Dwight Owens is among those who’ll share their story with students in the coming weeks. Owens was on his way to work as a teacher in 2005 when he was hit by a drunk driver going 120 mph. Now paralyzed from the waist down, Owens wants teens to know that when you make bad choices, you’re not only putting your life in danger.

“That one decision can and will change your life forever,” Owens said. “I’m in a wheelchair because of someone else’s decision. So that one decision, not only changed his life and sent him to prison, but it changed my life and put me in a wheelchair forever. So, you think about every second because every second is precious, so make the right decision.

Luckily, Owens was wearing his seatbelt at the time of the crash. According to the NHTSA, roughly half of young drivers who died in car crashes in 2017 were not wearing their seatbelt. The PROM campaign urges teens not to worry about wrinkling their dress or tux and to wear their seatbelt.

In 2018, Mississippi had the highest fatality rate in the US from car crashes, and Chris Howard, Executive Director for the MDRS, says that this campaign is designed to ensure that prom night remains a celebratory occasion for Mississippi students.

“Our partnership with MHP through this campaign really highlights the full-circle of consequences teens face when they make choices to text and drive, to drink and drive, and to not buckle up,” Howard said. “MHP Troopers are the ones who have to knock on doors and deliver the grim news that a loved one may never be coming home again and we are the ones who are often called in the aftermath when an individual is left with a disability. It’s a sobering statistic, but an important one to note, that automobile accidents are a leading cause of traumatic brain injuries and spinal cord injuries in Mississippi.”

Last year’s campaign reached over 10,000 students, and the agencies are hoping to surpass that number this year.