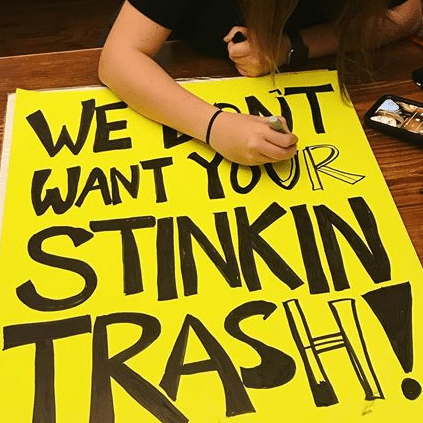 Madison County voters would have a say in whether any new household garbage dumps are sited in their community under a bill on its way to the desk of Governor Tate Reeves.

Mississippi’s legislative leadership worked with a bipartisan, diverse coalition of lawmakers from Madison and Hinds counties to craft and pass House Bill 949. Specifically, the bill would prohibit a third landfill unless Madison County voters are given an opportunity to vote on the proposed NCL landfill in western Madison County because of its close proximity to an existing municipal landfill.

On Wednesday, the Mississippi House of Representatives took the final legislative step in approval by voting 107-3 to concur with the State Senate on House Bill 949 giving voters in the affected county a chance to vote yes or no on having multiple dumps in their county.

The State Senate passed the bill unanimously on Tuesday, and it will now go to the Governor for action.

“I am just so grateful for the people in our community,” said Sylvia Thomas of the North Livingston Homeowner’s Association. “We’ve fought this proposed landfill for many years and were worried sick about a second landfill’s impact on our neighborhood. We thank our legislative leaders for standing up for us and putting the people’s interests before the interests of a big company.”

“We are thrilled both chambers of the legislature stood strong for the people affected by having multiple landfills near them,” said Ron Farris, attorney for No More Dumps, a coalition of over 2,000 concerned citizens. “This is the result of real bipartisan teamwork and a sort of David and Goliath story. The entire community came together to fight for the people’s interest against a big, powerful company with millions of dollars and won. This speaks well of Mississippi and our strong support of environmental justice.”

NCL Waste, LLC has sought approval from the State for years to locate a landfill at 2858 North County Line Road near Ridgeland, Mississippi, and right next to the state’s largest landfill. Early last year, the Mississippi Department of Environmental Quality (MDEQ) permit board tabled consideration of the landfill until Madison County updated its solid waste needs assessment.

According to those opposing the landfill, the garbage company put tremendous legal pressure on the Madison County Board of Supervisors to do their bidding but was stymied by local opposition, including from supervisors.

Local legislators proposed a similar bill to HB 949 last year, but it failed. This year, a bipartisan coalition of State Representatives Jill Ford, Ed Blackmon, Debra Gibbs, and De‘Keither Stamps were determined to find a solution and co-sponsored HB 949. With additional support coming from Speaker Philip Gunn, Lt. Governor Delbert Hosemann, and many other legislators, the bill passed with incredibly strong support in both chambers and now will go to Governor Tate Reeves for his review.

“We are celebrating in the Woodland Springs neighborhood and all over Madison County,” said Cynthia McGilberry, a registered nurse who lives within a mile of the proposed landfill. “We already have the state’s largest landfill just across the woods from us and all the negatives that come with that. Another dump would have been an injustice to the people. This gives me hope; I am thankful for the politicians who did the right thing.”

If the NCL proposed landfill were built, Madison County would be the only county in Mississippi with three such landfills.  Opponents from across the political spectrum agree that an unneeded landfill will threaten property values, quality of life, and the environment.

“This is a victory for economic development in our area,” said Katie Warren, 2020 President of the Central Mississippi REALTORS®. “Our organization is invested in growing neighborhoods and communities, and this will give more opportunity for families to build houses and the local economy to thrive.”

“This is very encouraging, but the NCL landfill is not dead yet,” said Farris, the attorney for No More Dumps. “We need the Governor to sign the bill and if NCL were to get approval from MDEQ in the future, we will need to win a local referendum rejecting a third landfill in Madison County.”