A Mississippi lawmaker is apologizing for comments he made in the wake of President-Elect Joe Biden’s victory in last week’s election.

Responding to a tweet about the election posted by former Republican gubernatorial candidate Robert Foster, Rep. Price Wallace (R) expressed that Mississippi should “succeed from the union and form our own country.”

The District 77 representative has since-deleted the misspelled tweet and Wednesday afternoon, four days after the original tweet, he posted his apology. 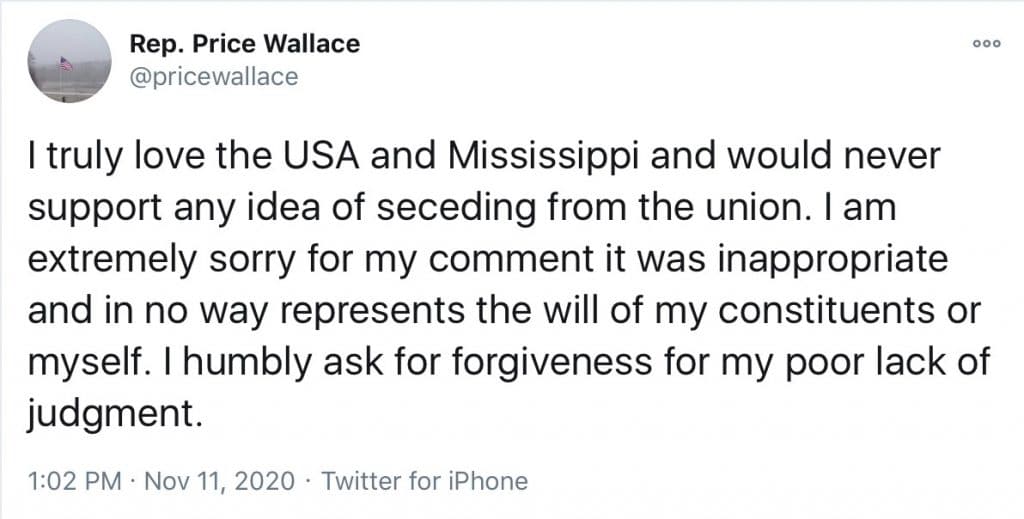 Wallace, a farmer, has represented Rankin & Simpson counties since 2018.

Youngest ever House member to run for Moss Point mayor