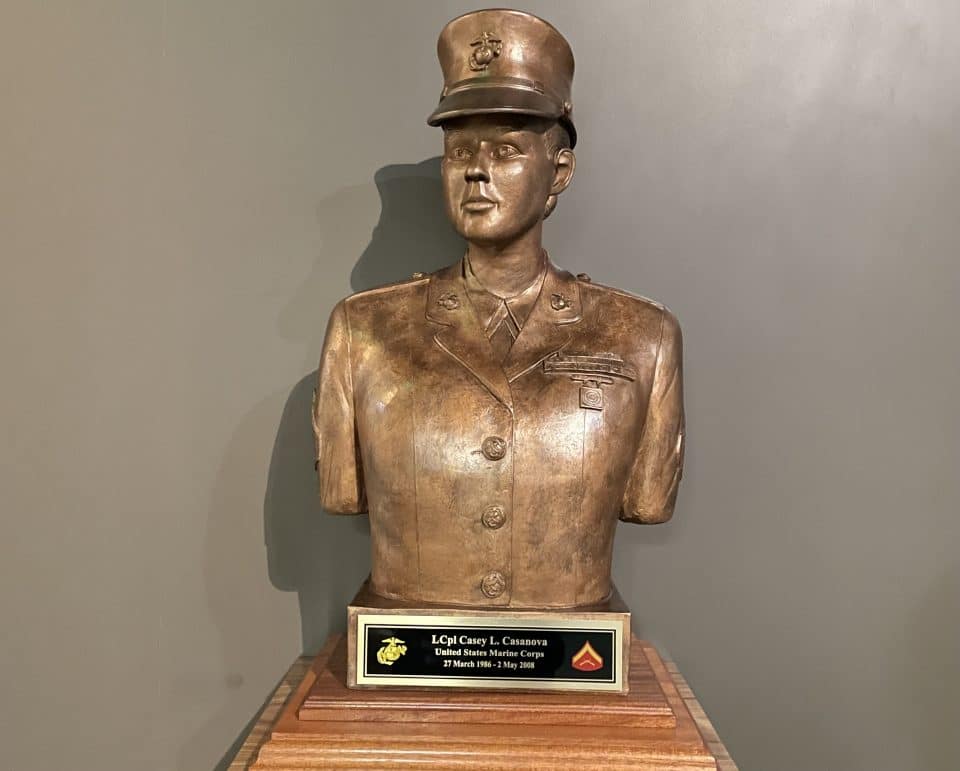 A statue has been put on display at the Mississippi Armed Forces Museum in honor of a fallen Mississippi marine.

Marine Lance Cpl. Casey Casanova, a McComb native, was the only Mississippi female who lost her life in the line of duty during Operation Iraqi Freedom.

Casanova passed away on May 2, 2008, when a roadside bomb detonated near where she was on duty. The explosion took the lives of three other marines as well.

In honor of Casanova’s service to the nation, the museum, located at Camp Shelby, has displayed the fallen marine’s uniform, equipment, and some memorabilia in a new exhibit.