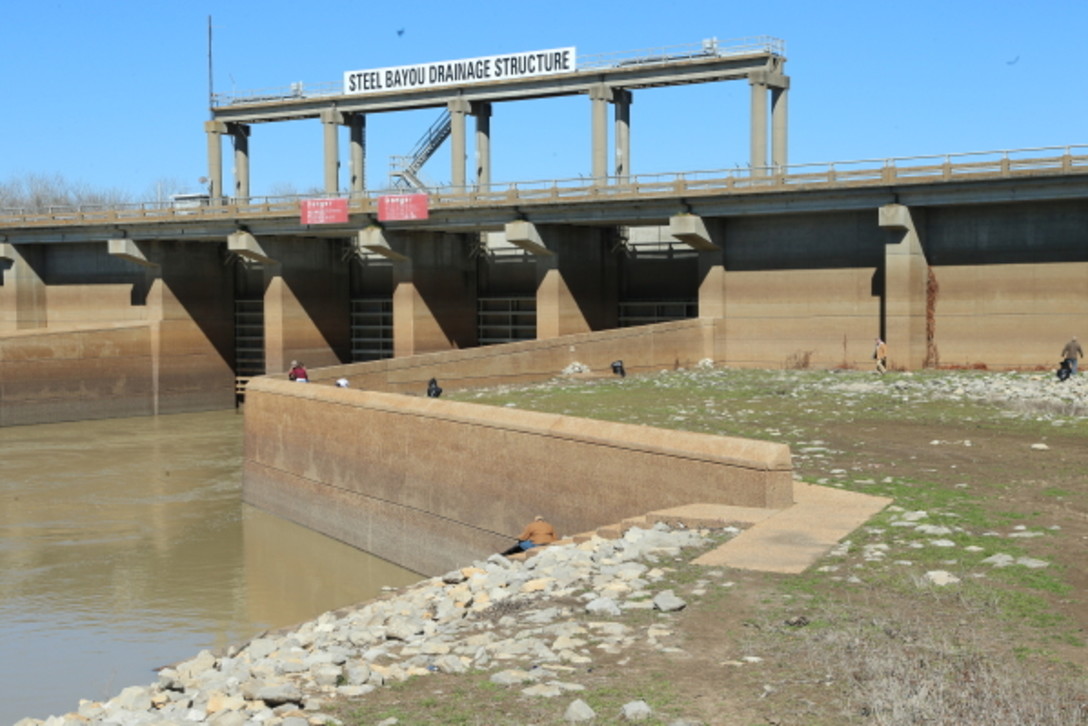 Photo courtesy of US Army Corps of Engineers

The Steele Bayou Control Structure in Vicksburg has been reopened as the U.S. Army Corps of Engineers continues to combat flooding in the Mississippi Delta.

While the structure’s gates have been closed since June 7th to prevent backflow, they have been reopened to ease the flooding of the Mississippi River and the Yazoo Backwater area.

According to the Corps of Engineers, forecasts show that the gates should remain open until the 26th. The Little Sunflower Control Structure will also be opened in the next few days.

District engineers predict that the combined flows passing through the Steele Bayou and Little Sunflower control structures a week after opening could result in a 0.1-foot drop in elevation per day in the Yazoo Backwater area, which reached an all-time peak stage of 98.2 feet on May 23.

District personnel and their local partners will continue to monitor the conditions of flood control works, including levees, flood walls and pumping stations across the entirety of the district’s jurisdiction.