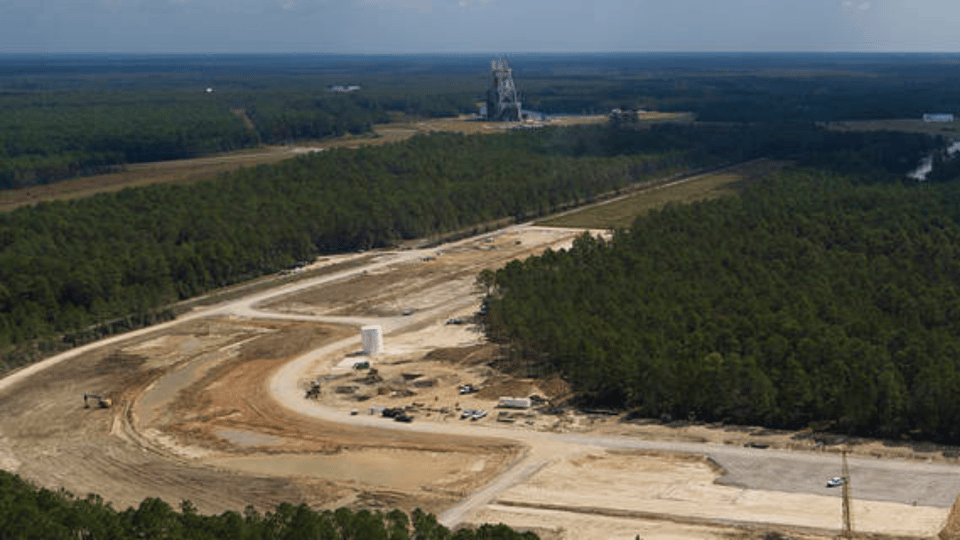 Relativity Space has outlined plans to construct several new buildings in the Stennis Test Complex for the purpose of testing its Aeon R engines and Terran R, an entirely 3D-printed launch vehicle. The new facilities are set to include new engine test stands, office buildings, and a vehicle facility. Overall, the $267 million project is anticipated to create 600 jobs over the next 5 years.

“This expanded partnership is a testament to Stennis expertise and standing as the nation’s premier rocket propulsion test site,” said Center Director Dr. Rick Gilbrech. “Relativity Space continues to grow as an aerospace company, and Stennis is pleased to support its continued development. Working with them for the past four years, Relativity Space has become a valued member of the Stennis federal city.”

For over four years, the Stennis Space Center has partnered with Relativity Space to test its Aeon 1 engine on the site’s E-3 Test Stand, later expanding to grant the company exclusive use of the E-4 Test Complex.

“This announcement is the latest step in an ongoing relationship with Relativity Space,” said Duane Armstrong, manager of the Stennis Strategic Business Development Office. “Stennis has worked with Relativity Space for several years to assist with the development and testing of its Aeon engines. The new expansion at Stennis is another demonstration of the value of the assets and expertise the center offers emerging aerospace companies. We look forward to working with Relativity Space as it continues to grow and pursue its space goals.”

Now, Relativity Space is working to develop a fully reusable, entirely 3D-printed Terran R rocket, as well as grow operations for the Terran R vehicle. The Terran R rocket is being developed to launch payloads of up to 44,000 pounds into low-Earth orbit using seven Aeon R engines, with each producing 302,000 pounds of thrust during launch.

Ground on the designated site has already been cleared for construction. The Mississippi Development Authority is working to assist with the project as Stennis provides a range of site services as a part of the partnership agreement.