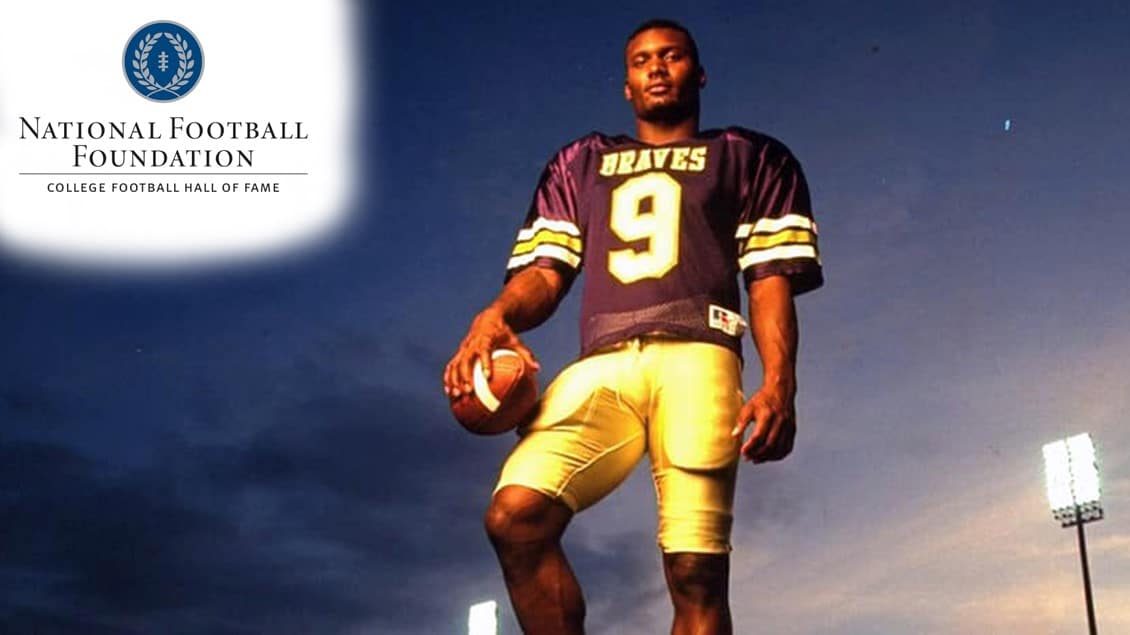 Alcorn State legend Steve McNair will be posthumously inducted into the College Football Hall of Fame as part of the 2020 class.

McNair is one of 17 players included in this year’s class, along with 2 coaches. According to the National Football Foundation, the inductees were chosen from the national ballot of 76 players and five coaches from the Football Bowl Subdivision, the 101 players and 33 coaches from the divisional ranks and the NFF Veterans Committee candidates.

Before he was selected by the Houston Oilers with the #3 pick in the 1995 NFL Draft, “Air McNair” rewrote the record books at Alcorn State. He left the Braves as the school’s all-time leading passer with 14,496 career yards, and he also holds school records for career completions (958) and passing touchdowns (119). During the 1994 season, McNair finished 3rd in the Heisman Trophy voting after he set single-season Braves records with 5,377 passing yards, 356 completions and 47 passing touchdowns.

During his historic season, McNair won the Eddie Robinson Trophy – presented to the nation’s best HBCU player – and he remains the all-time total yards leader in FCS history with 16,823.

The two-time Dean’s Scholar is also enshrined in the SWAC, Black College Football, State of Mississippi Sports and State of Tennessee Sports halls of fame.

In addition to his success on the field in the NFL, where he led the Tennessee Titans to an appearance in the Super Bowl, McNair was active in the community as well. A news release from Alcorn State detailed the charity work that McNair dedicated himself to throughout his career.

“McNair left a lasting impact in the community through the Steve McNair Foundation, which served underprivileged youth through education and civic opportunities and raised more than $1 million for charities. He organized a highly successful relief drive following Hurricane Katrina, and he trained thousands of kids at youth football camps, covering the costs for nearly 70% of the attendees. McNair received multiple awards for his work in the community, including the NFLPA’s Byron “Whizzer” White Award.”

McNair, who was killed in 2009 at the age of 36, becomes the first player in Alcorn State history to be inducted into the College Football Hall of Fame.

The full class can be seen below: