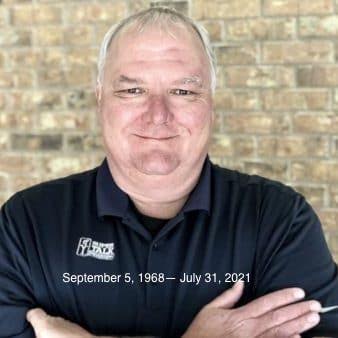 The Jackson, Mississippi native was born on September 5, 1968, and began his radio career in the Golden Triangle area of Mississippi in his early 20s.  During that time, he was program director and on the air for several stations. In the early-1990s, J.T. moved from Starkville back to his hometown of Jackson and became program director at Z106.  In July 1997, SuperTalk Mississippi Media’s owner Steve Davenport hired J.T. to handle production and programming at the newly launched WFMN 97.3 radio station in Jackson which eventually became the flagship station of SuperTalk Mississippi.

During his early years at WFMN, J.T. hosted TraxTalk, a NASCAR racing talk show, and in 2002 he began co-hosting the JT and Dave show, a three-hour mid-day talk show that focused on state and national politics.  Over the years, the SuperTalk Mississippi mid-day show became exclusively hosted by J.T. and J.T. solidified himself as the conservative voice Mississippians listen to and rely on.  In addition to hosting his daily talk show on SuperTalk Mississippi, J.T. served as the voice of several local high school football teams, including Madison-Ridgeland Academy and Madison Central High School.

J.T. was of the people, by the people, and for the people.  Whether he was taking on the Mississippi Legislature, national politics, football, how to cook up some BBQ, or talking NASCAR, J.T. kept his audience super engaged and he had a passionate and loyal fanbase.

J.T. used his three hours a day on statewide radio to make a major impact in the lives of Mississippians.  During his time on talk radio, he took on legislative issues such as repealing traffic camera legislation and the promotion of charter schools, as well as things that hit closer to home, like the delivery of vital information that ultimately saved lives during the tornado outbreak of 2014.

A champion for blood donation, he encouraged thousands of people to donate blood which resulted in SuperTalk Mississippi winning the media award from Mississippi Blood Services multiple times. Another passion of J.T’s was raising money for the Palmer Home for Children. In 2020, The JT Williamson Education Support Fund was established to support the educational needs of Palmer Home for Children’s transitional students, ages 18-24, who are making their pathway to independence. Over the course of nine years, he helped raise over $2.1 million for the children at Palmer Home.

J.T. connected with his listeners through his love for the outdoors, sports (especially his Mississippi State Bulldogs), and politics, making him one of only a handful of people to have such a wide range of influence on things Mississippians care about the most.

“We lost a great man and Mississippian today,” said Steve Davenport, owner of SuperTalk Mississippi Media. “I’ve known and worked with J.T. for most of his adult life.  He was like a son to me and he knew that.  He was the people’s voice and he brought passion and real issues to our airwaves for many years.  SuperTalk Mississippi was created to give our citizens a voice and make this State a better place.  J.T. did just that, he made Mississippi better!”

J.T received many awards and accolades during his career, including being named to Mississippi’s Top 50, which is an annual list of people who are judged to be the most influential in the state.

Funeral arrangements for J.T. are pending and information will be provided once the arrangements are finalized.

Walmart announces plan to pay 100% of tuition fees for employees