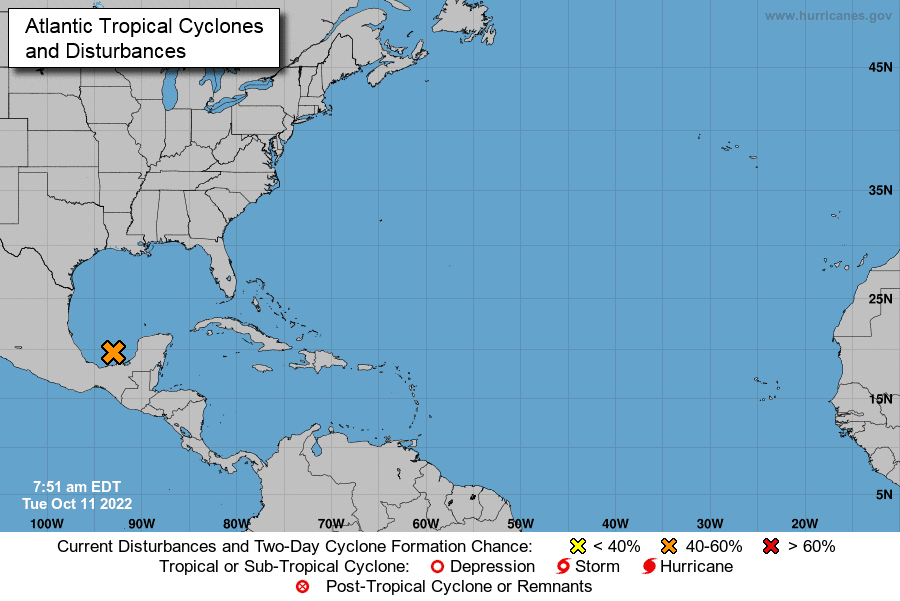 An area of low pressure over the Bay of Campeche is becoming better organized and could develop into a tropical depression in the Gulf of Mexico in the next day or two.

According to the National Hurricane Center, increasing upper-level winds would hinder additional development from that point as the system meanders in the southwestern Gulf. Regardless of formation, heavy rainfall is expected over a portion of southern Mexico during the next couple of days.

The Hurricane Hunters are expected to investigate the disturbance on Tuesday afternoon.

‘They lift each other up’: Rogers and Mingo win SEC Co-Players of the Week