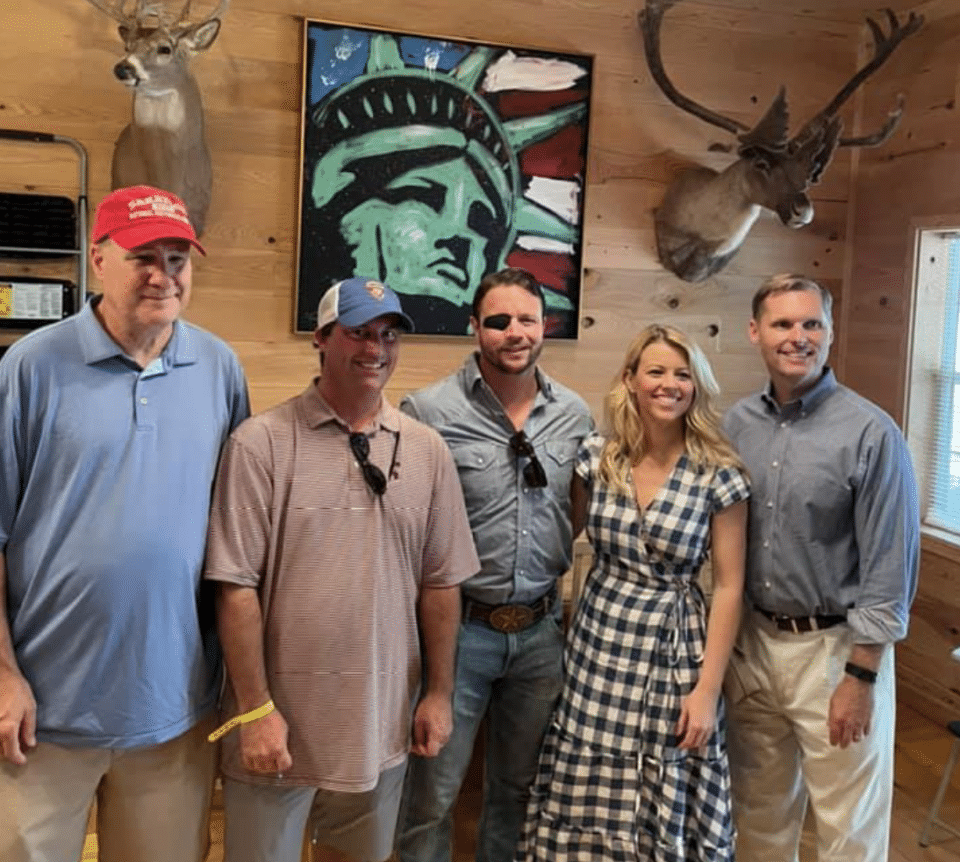 The Neshoba County Fair is underway and never fails to attract big names from the political realm. This year is no different as Texas Congressman Dan Crenshaw made the trip to check out ‘Mississippi’s Giant House Party.’

While not knowing exactly what to expect, Crenshaw accepted an invite from former EPA Chief of Staff & Mississippi Native Mandy Gunasekara and her husband, Surya, who are currently making a documentary about the historic fair that’s unlike any other across the country.

“It was beyond my expectations. I didn’t understand the cabin culture and you have to see it to understand it. The way I described it was it’s kind of like this ideal version of American life and this community created from the ground up with families in all of these different cabins that they live in for a week, kids rooming free, safe…It really is something to behold. It’s like a country renaissance fair,” he said.

The former Navy SEAL and Purple Heart recipient spoke prior to beginning of the horse races this weekend and also met up with members of Mississippi’s Congressional delegation, including Congressmen Trent Kelly & Michael Guest along with Mississippi GOP Chairman Frank Bordeaux.

Crenshaw shared his experience with SuperTalk Mississippi & gave an update on the current situation in Texas as Democrats lawmakers fled to Washington D.C. in an effort to delay the vote on a voter reform law.