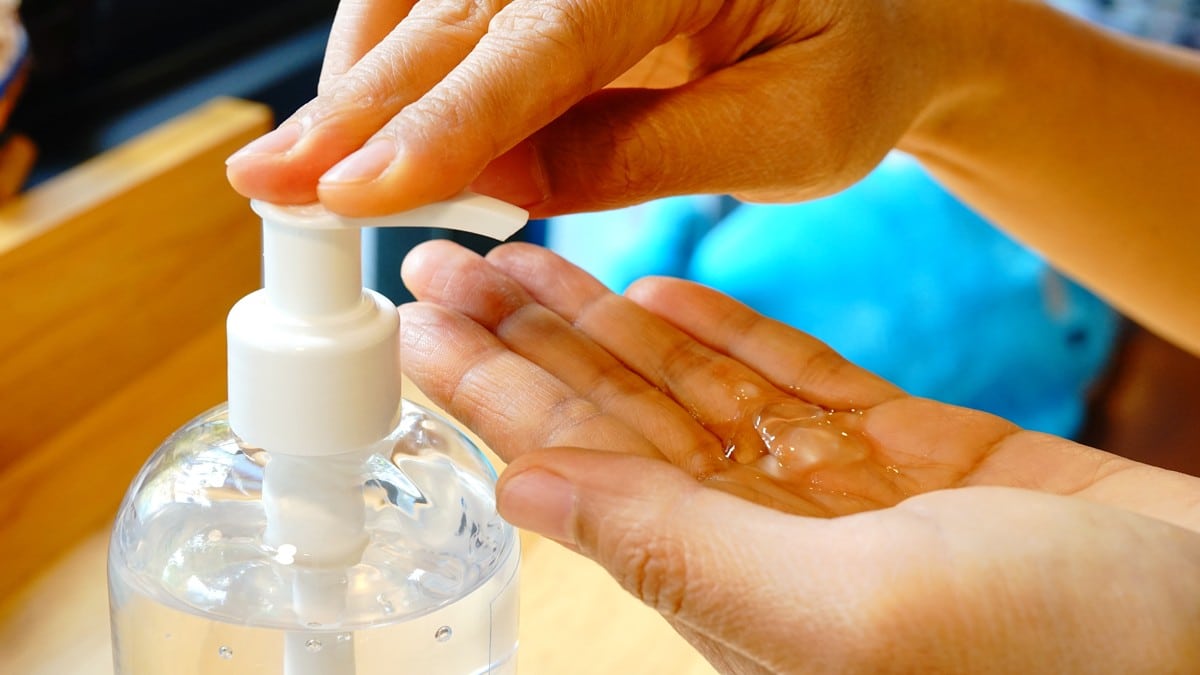 Image courtesy of the U.S. Food and Drug Administration

The U.S. Food and Drug Administration continues to warn consumers and health care professionals not to use certain alcohol-based hand sanitizers due to the dangerous presence of methanol, or wood alcohol – a substance often used to create fuel and antifreeze that can be toxic when absorbed through the skin as well as life-threatening when ingested.

The agency has also taken additional action to help prevent certain hand sanitizers from entering the United States by placing them on an import alert. The FDA is proactively working with manufacturers to recall products and is encouraging retailers to remove products from store shelves and online marketplaces. As part of these actions, a warning letter has been issued to Eskbiochem S.A. de C.V. regarding the distribution of products labeled as manufactured at its facilities with undeclared methanol, misleading claims –including incorrectly stating that FDA approved these products—and improper manufacturing practices.

The FDA first warned about some of the methanol-containing hand sanitizers being sold in retail stores and online in June. The agency issued a further warning earlier this month about an increasing number of adverse events, including blindness, cardiac effects, effects on the central nervous system, and hospitalizations and death, primarily reported to poison control centers and state departments of health. The agency continues to see these figures rise.

“Practicing good hand hygiene, which includes using alcohol-based hand sanitizer if soap and water are not readily available, is an important public health tool for all Americans to employ. Consumers must also be vigilant about which hand sanitizers they use, and for their health and safety we urge consumers to immediately stop using all hand sanitizers on the FDA’s list of dangerous hand sanitizer products,” said FDA Commissioner Stephen M. Hahn, M.D. “We remain extremely concerned about the potential serious risks of alcohol-based hand sanitizers containing methanol. Producing, importing and distributing toxic hand sanitizers poses a serious threat to the public and will not be tolerated. The FDA will take additional action as necessary and will continue to provide the latest information on this issue for the health and safety of consumers.”

Importantly, the FDA is urging consumers not to use any hand sanitizer products from the particular manufacturers on the list even if the product or particular lot number are not listed since some manufacturers are recalling only certain – but not all – of their hand sanitizer products. Manufacturers’ failure to immediately recall all potentially affected products is placing consumers in danger of methanol poisoning. One of the reported deaths is associated with Blumen Hand Sanitizer, distributed by 4e North America and manufactured by 4E Global in Mexico, who recently expanded its recall to include additional lots of its hand sanitizer products. Additionally, the FDA is strongly urging distributors and retailers to stop distributing and selling hand sanitizers manufactured by the firms on the list immediately, even if the particular product is not included in a recall, due to the risk of methanol poisoning.

When identifying hand sanitizers from the FDA’s do-not-use list, consumers should look for one or more identifiers from the list that match the product’s labeling, including:

If any of the identifiers (name, company, or NDC) match a product on the list, the FDA urges consumers to immediately stop using the hand sanitizer. Dispose of the hand sanitizer bottle in a hazardous waste container, if available, or dispose of as recommended by local waste management and recycling centers. Do not flush or pour these products down the drain or mix with other liquids.

Methanol exposure can result in nausea, vomiting, headache, blurred vision, permanent blindness, seizures, coma, permanent damage to the nervous system or death. Although people using these products on their hands are at risk for methanol poisoning, young children who ingest these products and adolescents and adults who drink these products as an alcohol (ethanol) substitute are most at risk. Consumers who have been exposed to hand sanitizer containing methanol and are experiencing symptoms should seek immediate medical treatment for potential reversal of the toxic effects of methanol poisoning.