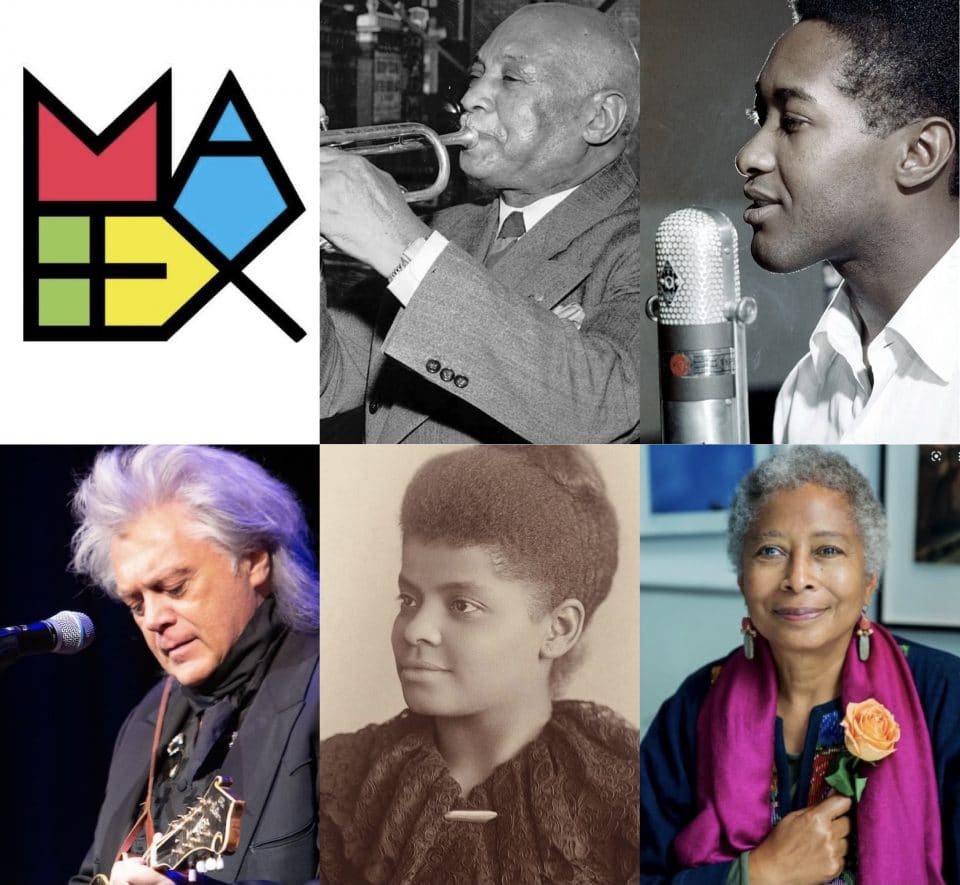 The Mississippi Arts and Entertainment Experience (MAX) has announced its newest Hall of Fame class.

Inductees include musicians Sam Cooke, W.C. Handy, and Marty Stuart, as well as writers Ida B. Wells and Alice Walker.

Supplied by the MAX, here’s a short bio on each:

Cooke was a trailblazing recording artist who helped shape the soul and pop scene with hits like “Cupid,” “Chain Gang,” and “Everybody Loves to Cha Cha Cha.” Forging a link between soul and pop, Cooke had a diverse repertoire that attracted both black and white audiences.

Born in Clarksdale, Cooke grew up in Chicago as the son of a minister. In 1948, just out of high school, he joined the gospel group the Soul Stirrers, and six years later began to branch out into secular music.

Cooke released his first number-one single, “You Send Me,” in 1957 and continued to top the charts with hits like “Wonderful World,” “Twistin’ the Night Away,” “Bring It on Home to Me,” and “A Change is Gonna Come” (released posthumously). He was inducted into the Rock & Roll Hall of Fame in 1986.

Cooke died in 1964 and left behind a tremendous musical legacy.

W.C. Handy was an African American composer and a leader in popularizing blues music in the early 20th century.

Handy’s contributions in shaping what would be called the blues were influenced by the African American musical folk traditions that he experienced during his travels and performances. After years on the road, Handy settled in Clarksdale in 1902, where he immersed himself in the local variation of the blues.

After a move to Memphis, Handy wrote and published the first commercially successful blues song, “Memphis Blues,” in 1912 followed by “The St. Louis Blues” in 1914. He worked steadily in the ‘20s, ‘30s, and ‘40s, promoting the blues, composing dozens of songs, and authoring an autobiography.

Often referred to as the “Father of the Blues,” his legacy lives on through Alabama’s annual W.C. Handy Music Festival.

One of country music’s most versatile musicians, Stuart is an eclectic artist, moving between honky tonk, rockabilly, country-rock, traditional country, Western music, gospel, and bluegrass. He easily balances the various sides of his musicality with his love of country music’s past and present serving as the common bond.

Throughout his career, Stuart has performed and recorded with a litany of artists—Earl Scruggs, Travis Tritt, Merle Haggard, Willie Nelson, and B.B. King, to name just a few.

Stuart is an accomplished photographer and an avid collector of country music memorabilia. He has won Grammy Awards and CMA Awards and was inducted into the Country Music Hall of Fame in 2021. Stuart currently tours with his band, The Fabulous Superlatives.

Ida B. Wells was an African American journalist, abolitionist, and feminist who led an anti-lynching crusade in the United States in the 1890s.

Wells wrote about race and politics in the South while working as a journalist and publisher. A lynching in Memphis in 1892 led her to begin an anti-lynching campaign. She researched and reported on lynchings; published an examination of lynchings in America; and led a protest in Washington D.C. calling for reforms. She established several civil rights and women’s rights organizations including the National Association of Colored Women and the NAACP.

In 2020, Ida B. Wells was awarded a Pulitzer Special Citation “for her courageous reporting on the horrific and vicious violence … during the era of lynching.”

Wells left behind a legacy of social and political heroism—she fought against prejudice, no matter what potential dangers she faced.

Born to sharecropper parents in Eatonton, Georgia, Walker is a novelist, essayist, poet, and activist. Her works focus on African American culture, particularly on women.

After graduation from Sarah Lawrence College, Walker moved to Jackson and became involved in the civil rights movement. She accepted a teaching position at Jackson State University and a writer-in-residence at Tougaloo College and remained in Mississippi until 1971.

Walker’s career as a writer took off with the publication of The Color Purple. The novel won the 1983 Pulitzer Prize for Fiction and was adapted for the big screen, garnering 11 Academy Award nominations. She has received multiple awards including a National Book Award for Fiction, a Guggenheim Fellowship, and the LennonOno Grant for Peace.

Her commitment to important causes, along with her talent as a gifted writer, has placed her among an elite group of legendary authors of our time.

The group will officially join the likes of Elvis Presley, Oprah Winfrey, B.B. King, and other Mississippi legends when they’re inducted on December 5.