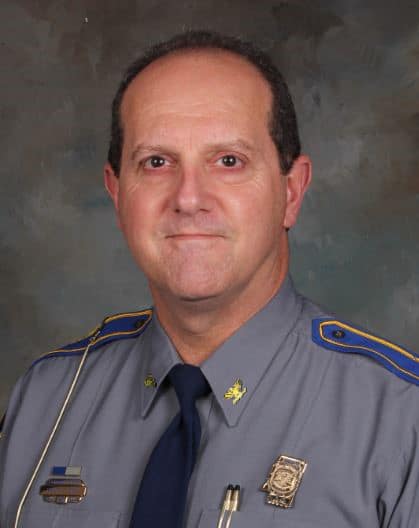 Image courtesy of the Mississippi Department of Public Safety

Public Saftey Commissioner Sean Tindell has announced that Lt. Colonel Randy Ginn has been appointed to serve as Colonel of the Mississippi Highway Safety Patrol.

Colonel Ginn has worked in many duty assignments throughout his years of service with the Mississippi Highway Safety Patrol since graduating from Cadet Class 45 in December 1987.

Upon graduation, he was assigned to Troop G as a State Trooper in Monroe County. Throughout his career, he has served as an MBI Special Agent, MBI Supervisory Special Agent, Troop Executive Officer, Troop Commander, and Central Region Major.

“I am pleased that Colonel Ginn has accepted the appointment to lead the Mississippi Highway Safety Patrol, and I know that he will continue to uphold the tradition of leading the Patrol with courtesy, service, and safety,” said Commissioner Tindell. “I look forward to working with him, and I am confident that his years of service and experience will continue to benefit the agency as we work together to maintain public safety in our state.”

“I am truly honored that Colonel Ginn is stepping up to lead the Mississippi Highway Safety Patrol and ensure the safety of all Mississippians,” said Governor Tate Reeves. “I’ve known Colonel Ginn for years, and his commitment to protecting his fellow Mississippians and his years of service are unmatched. I look forward to working with him to safeguard the people of our great state.”

Give back with a backpack.