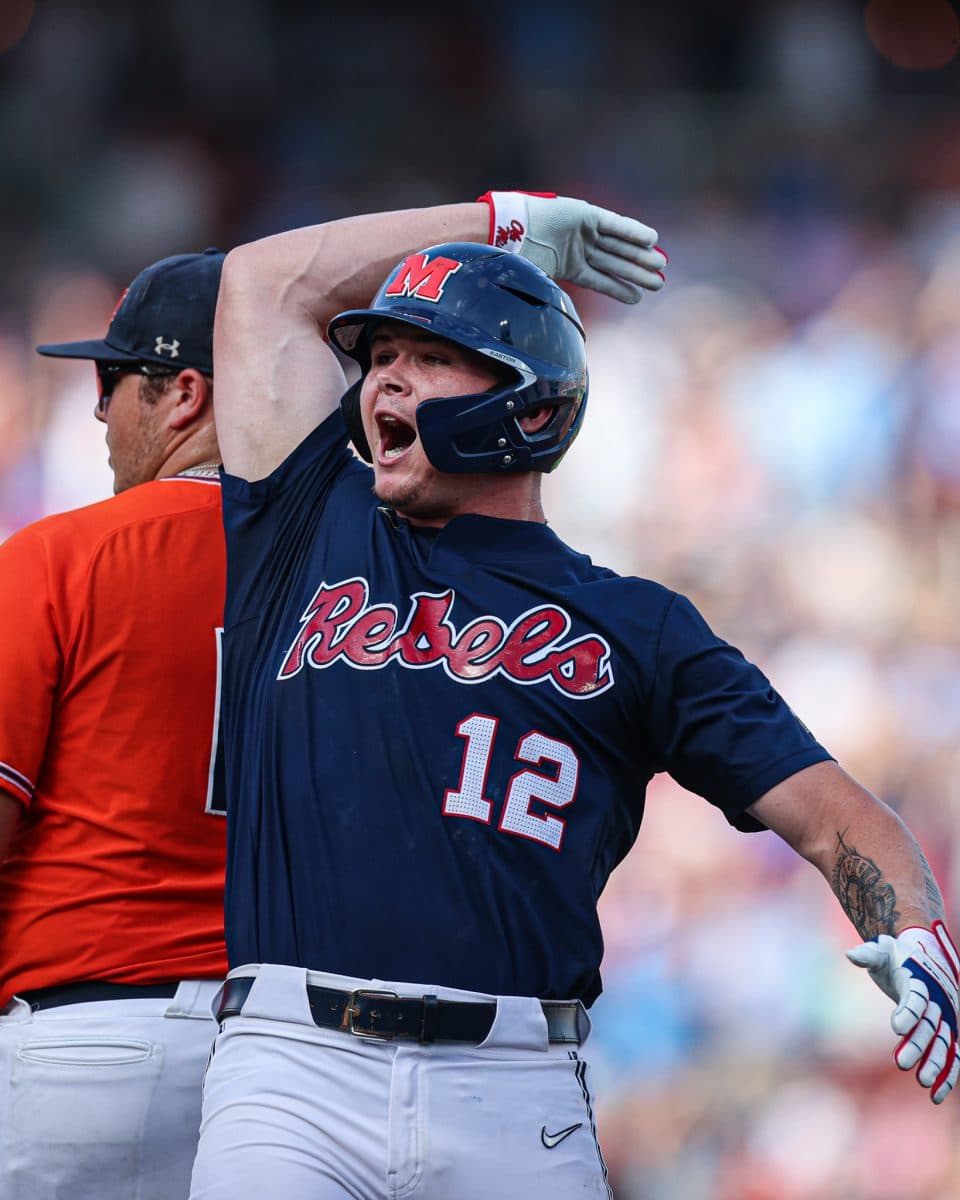 After a 5-1 victory over the Auburn Tigers, Ole Miss has won six games in a row and the Rebels are now in the winners’ bracket of the College World Series.

Ole Miss got off to an early start in its first CWS game since 2014. A two-out rally was kickstarted by team captain Tim Elko. An RBI double from Kemp Alderman then put two runs on the board for the Rebels in the first inning.

A solo home run hit by Kevin Graham in the third inning gave Ole Miss a 3-0 lead, one they would never look back from.

Additionally, Dylan DeLucia was ready for his big moment. The Ole Miss ace got to a hot start as he retired the first 14 batters he faced.

The Rebels’ offense added two insurance runs in the sixth inning after a sacrifice groundout hit by Peyton Chatagnier with the bases loaded and an RBI brought in by a TJ McCants single.

Dylan DeLucia was credited with the win as he gave the Rebels over seven dominant innings by striking out 10 batters and only allowing one run. Josh Mallitz came into the game in the bottom of the eighth inning and closed for the Rebels.

“We played very well. I think that’s obvious and it always starts on the mound. I thought Dylan was terrific as he’s been not just down the stretch, but since we’ve injected him into the rotation,” Ole Miss Head Coach Mike Bianco said when asked about his team’s performance. “The most important factor in winning a baseball game is dominant pitching. The second most important factor is the timely hits. Mike Clement has a knack for getting the players to believe. Through the last three weeks or so, we’ve had some really big two-out hits.”

Ole Miss is now the only remaining team to be undefeated since the NCAA Tournament began.

The Rebels will face a familiar foe in Arkansas on Monday night at 6 p.m.

Thunder & Lightning: Who Is Under the Radar For Mississippi State Football?