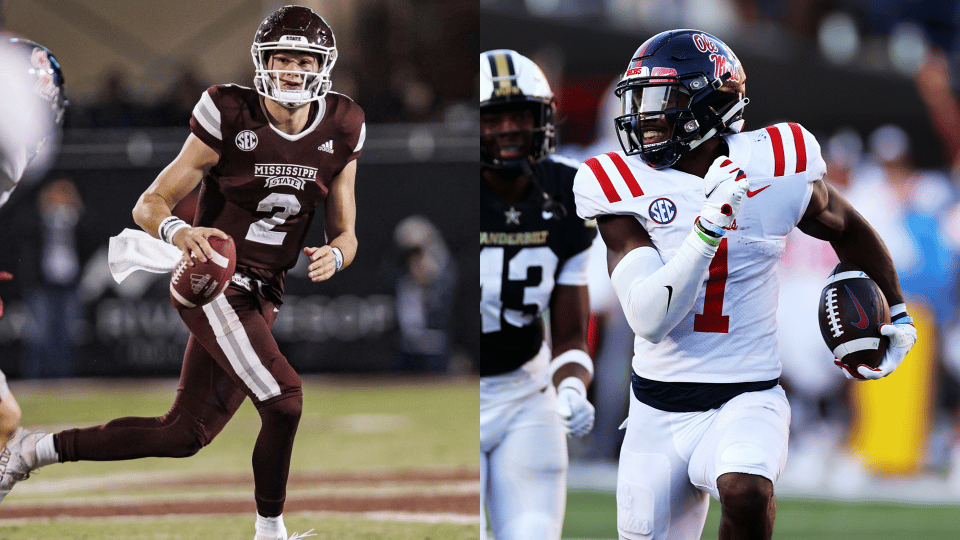 Rogers and Mingo were honored for stellar performances against conference foes this past Saturday. During Mississippi State’s matchup versus Arkansas, Rogers completed 31 of 48 passes for 395 yards and three touchdowns to lead the Bulldogs to a 40-17 victory. Mingo assisted the Rebels in a 52-28 road victory over Vanderbilt by breaking former Ole Miss wide receiver Elijah Moore’s single-game receiving record with 247 yards and two touchdowns.

Both were teammates at Brandon High School, but their relationship has extended off the field and the two have remained close friends, even though they wear different colored uniforms on game days. Wyatt Rogers, Will’s father and Brandon High School’s offensive coordinator, explained that the two have helped develop each other into the athletes and human beings they are today.

“I think it’s really special. Both of those guys grew up together, sharpening their skills together. He (Mingo) is a really close part of our family. It’s been that way since Will was in the ninth grade, maybe even before that,” Rogers said. “To me, the real special part is the relationship they’ve had, first of all, and then the growth that they have both seen at their respective schools. It’s been a blessing for me to see that come to fruition.”

While both represent universities that compete in one of college football’s biggest rivalry games every Thanksgiving, Rogers emphasized that Will and Jonathan are each other’s biggest advocates. The two are fierce competitors and have a strong desire to win each game. However, when it comes to the Egg Bowl, neither resorts to the slander, trash talk, or anything else stereotyped with a bitter rivalry.

“I’ve never once heard either one of them speak negatively of the other or the other school. It’s always positive,” Rogers added. “My family still keeps up with how Mingo is doing. If Mingo has had a good day, you can see Will’s eyes light up. If he hasn’t caught many balls, Will is kind of looking at the ground, shaking his head. I think Mingo is the same way. They lift each other up and I think they communicate with each other on a daily basis.”

Rogers stressed that both his son and Mingo are model young men who have commendable work ethics. What is seen on Saturdays is just a microcosm of the hard work and dedication each puts into being a dominant competitor on the field. He believes that the two deserved this honor and that it was a work of divine intervention for them to be named at the same time.