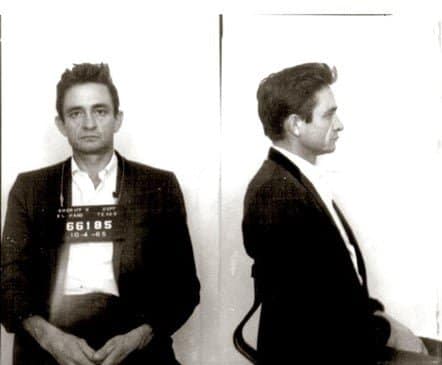 The singer was seen rummaging around in a Starkville resident’s garden with a handful of dandelions and daisies, recalling the memory before singing “Starkville City Jail” to inmates at the San Quentin Jail four years later.

“You wouldn’t believe it, one night I got in jail in Starkville, Mississippi for picking flowers. I was walking down the street… and uh, you know, going to get me some cigarettes or something. ‘Bout two in the morning, after a show. I think it was. Anyway, I reached down and picked a dandelion here and a daisy there as I went along, and this car pulls up. He said, ‘Get it the hell in here boy, what are you doing?’ I said, ‘I’m just picking flowers.’ Well, thirty-six dollars for picking flowers and a night in jail. You can’t hardly win can ya? No telling what they’d do if you pull an apple or something… I’d like to get back at the fella down in Starkville, Mississippi… that still has my thirty-six dollars.”

In 2007, Cash was ceremonially pardoned by then-Oktibbeha County Sheriff Dolph Bryan who returned Cash’s $36 to his daughter, Kathy Cash.

Thunder & Lightning: How Did It Come To This For Mississippi State Baseball?