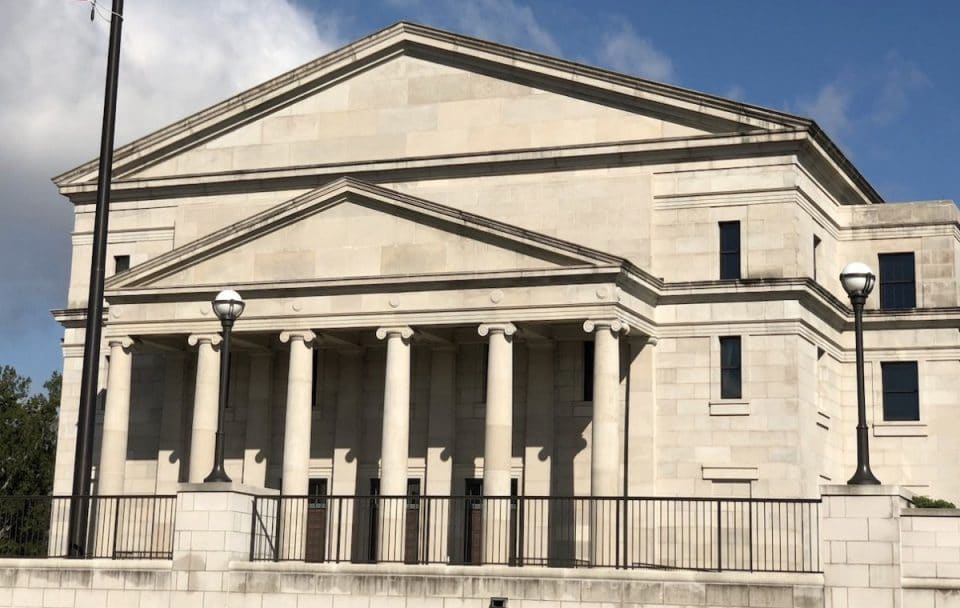 Three justices of the Mississippi Supreme Court who will begin new terms in 2021 will take the oath of office on Monday, January 4,  at 11 a.m. in the En Banc Courtroom at the Gartin Justice Building in Jackson.

Justice T. Kenneth Griffis, who won re-election in November, will begin his new term in January 2022. The position to which he was elected has a 14-month delay between the election and the commencement of the new term.

He was decorated for heroism in Vietnam, where he served with the U.S. Army 1st Infantry Division, the Big Red One. He was honorably discharged in 1967. During law school, he received an appointment as a Reserve officer in the United States Navy Judge Advocate General Corps. He is a graduate of the Naval Justice School in Newport, Rhode Island. He was honorably discharged in 1975.

He graduated from Rollins College in Winter Park, Florida, with a B.S. degree in business administration in 1972. He earned his Juris Doctor from the University of Mississippi School of Law in 1974, where he served as president of the Law School Student Body.

Chief Justice Randolph has homes in Hattiesburg and Ocean Springs.

He was among the original members of the Court of Appeals, having been elected in 1994 after the intermediate appellate court was created. He served as Chief Judge of the Court of Appeals from  April 30, 2004, through March 1, 2011, when  Gov. Haley Barbour appointed him to the Supreme Court.  He was elected to the Supreme Court in November 2012 and re-elected in November 2020.

He served in the Mississippi House of Representatives from 1980 through 1994. He was vice-chairman of the Ways and Means Committee and vice-chairman of the Conservation and Water Resources Committee. He also served on the Judiciary, Insurance, Environmental Protection Council, Housing Finance Oversight, and Universities and Colleges committees. He was chairman of the Mississippi Black Legislative Caucus in 1988. He previously served as Youth Court Counselor for Washington County, Public Defender, Youth Court Prosecutor, and Municipal Court Judge for the Town of Metcalfe.

He graduated from the University of Mississippi in 1970, and from the Texas Southern University School of Law in 1973. He began practicing law in Greenville in 1973.

He served as a volunteer firefighter on the Toccopola Volunteer Fire Department while he and his family lived in Pontotoc County. He and his family now live in Fentress in Choctaw County on a farm that has been worked by seven generations of the Coleman family.