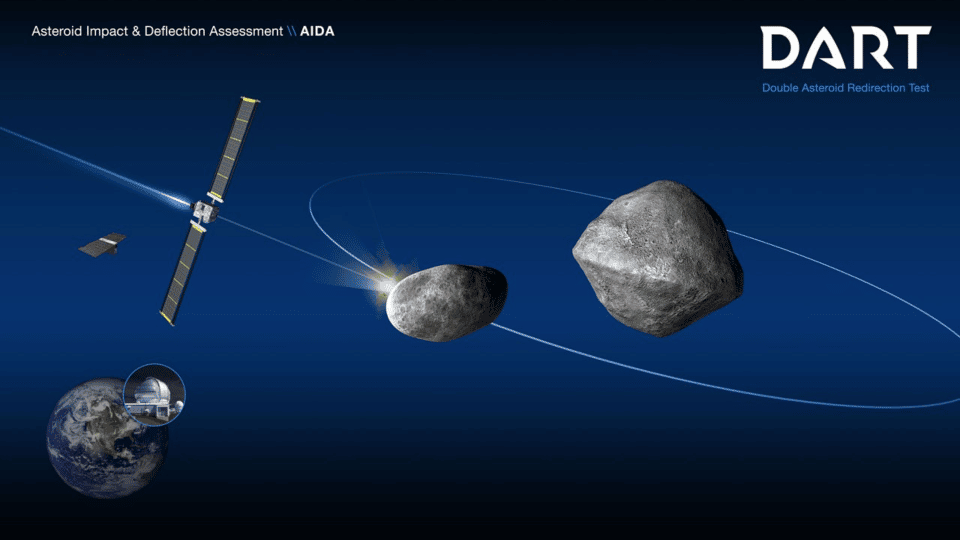 The idea of using planetary defense technology to protect the earth from incoming asteroids is not so “out of this world” anymore, as NASA successfully conducted its first Double Asteroid Redirection Test (DART) on Monday.

After 10 months of flying in space, DART came into impact with the asteroid Dimorphos at 7:14 p.m. EDT in NASA’s first attempt to move an asteroid in space.

The targeted asteroid was used as a part of NASA’s overall planetary defense strategy, showing that the mitigation technique for protecting the planet from an Earth-bound asteroid or comet can be added to NASA’s toolbox.

“We call it a kinetic impactor,” explained William J. Cooke from NASA’s Meteoroid Environment Office. “When DART approached the asteroid — that spacecraft which weighs a little over 1,100 pounds — hit that moon of that asteroid moving at a speed of four miles per second. So in terms of energy, that was equivalent to three tons of dynamite going and hitting that asteroid.”

Now, the investigation team will observe if Dimorphos’ orbit around Didymos has been altered following DART’s impact, with researchers expecting Dimorphos’ total orbit to be shortened by approximately 10 minutes.

“It is a triumph for NASA,” Cooke added. “They accomplished a great deal there in doing DART, so we’ll see how well these kinetic impactors — how well smacking things into a small asteroid — will deflect them.”