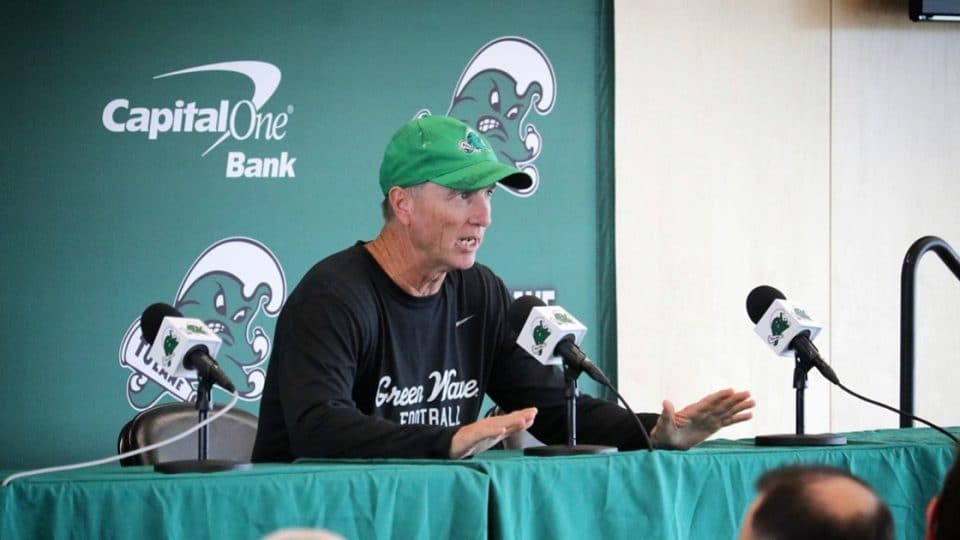 The Gulfport Gridiron Club announced that Tulane Head Football Coach Willie Fritz will be speaking at the club’s summer meeting on Monday afternoon.

The event will take place at the Great Southern Club with doors opening at 5:30 p.m. and the meeting beginning at 6 p.m.

Founded in 1947, the Gulfport Gridiron Club serves as a gathering place that promotes social interaction among football fans along the Mississippi Gulf Coast. In addition, the club also takes part in community outreach to display the extraordinary enthusiasm the Coast community has for football.

Fritz, who is entering his seventh season as Tulane’s head coach, will be joining a list of headlining football figures who have spoken at the group’s various events.

Notable past speakers include:

Tickets to the meeting are $40 per person, and a three-course, buffet-style meal is included.

More information on the Gulfport Gridiron Club can be found here.