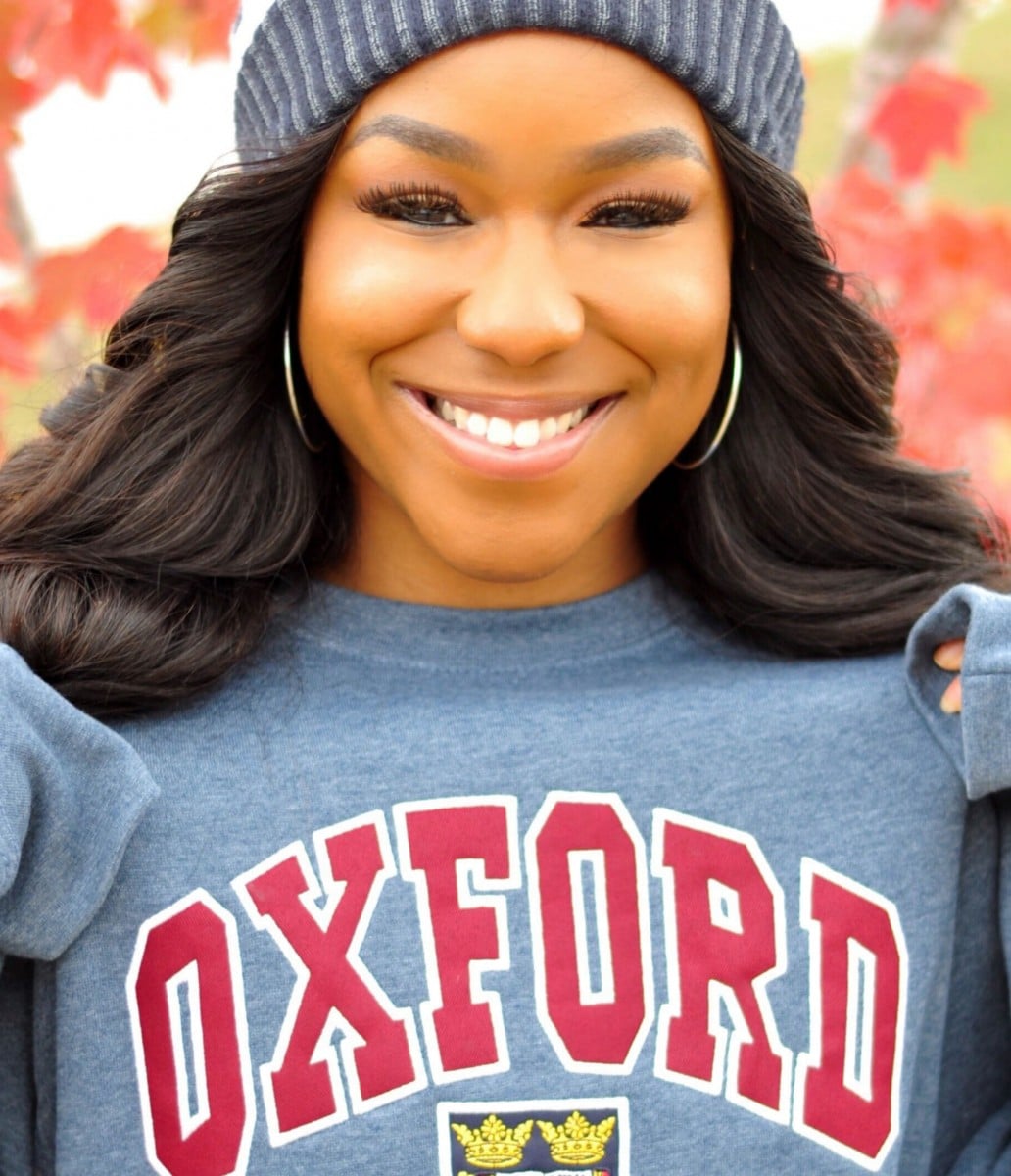 Image courtesy of the University of Mississippi

Hudson, a senior English education major, was selected after interviews with the officials from the Rhodes Trust on Nov. 22-23 in Birmingham, Alabama. Scholarship recipients were announced Saturday (Nov. 23).

A Tunica native, Hudson graduated from the Mississippi School for Mathematics and Science in Columbus in 2016. She came to the university after accepting a full scholarship from the UM chapter of the Mississippi Excellence in Teaching Program.

“Arielle’s selection as a Rhodes Scholar is an elite accomplishment and an outstanding reflection of her intellectual, personal and leadership skills,” said UM Chancellor Glenn Boyce. “As the university’s 27th Rhodes Scholar, her success on the national stage signifies our prominent role in producing strong leaders and programs.

“With her deep commitment to serving others, we can’t wait to see all she will accomplish in the future and the powerful impact she will have in our state.”

As a Rhodes recipient, Hudson plans to pursue dual master’s degrees in comparative social policy and comparative international education before returning home to the Mississippi Delta to fulfill her five-year teaching requirement as an METP scholarship recipient.

A second-generation Ole Miss student, she remembers visiting campus as a child with her mother, Tammie Turner, who earned two degrees in education from UM.

Even though Hudson had originally planned to attend the University of California at Berkley, the METP scholarship provided an opportunity for her to follow in her mother’s footsteps and attend the university.

“I always thought I would go to an out-of-state school, but when I received the scholarship, I started to think about how I would make a difference here,” she said. “So, I decided to go for it.”

The Rhodes Scholarships, established in 1902, bring 32 high-achieving students from around the globe to the University of Oxford in the United Kingdom each year. Besides “intellectual distinction,” the selection committee looks for college graduates with potential for effective service to the world.

Rhodes Scholars receive tuition, travel, room and board, and a living stipend for two years, with a possible third year.

“As part of the Mississippi Excellence in Teaching Program, Arielle is already one of the top academic students at the University of Mississippi,” said David Rock, UM education dean. “Being selected as a Rhodes Scholar is simply a sensational accomplishment for any student. We are so proud of Arielle and her recognition.

“More importantly, we are all blessed that she has the desire, passion and commitment to become an English teacher in the state of Mississippi. She will have a powerful impact on so many children in our state.”

When looking back at her time at Ole Miss, Hudson is most proud of her role as an Associated Student Body senator and a leader within the Black Student Union.

A theme of service is woven throughout Hudson’s story. Besides her work on campus, she has volunteered in schools with the Marks Project, a collaborative effort to improve educational opportunities and more in Quitman County. Through this experience, she developed an appreciation for the need for books and reading materials in schools and homes.

As a result, in 2017, Hudson established a program called “Literacy L.I.G.H.T.S.,” meaning “Literacy Lets Individuals Gain Height to Success,” which had helped provide more than 400 books or reading materials for classrooms and homes in Tunica, Oxford and other places.

For fun, Hudson has participated in seven beauty pageants at the state and national level, including the Miss Black International Pageant, where she was the second runner-up. The pageant places an emphasis on community service, and Hudson said that’s an important factor in her participation.

Next semester, Hudson will student-teach ninth-grade English in the Oxford School District and finish the requirements for her bachelor’s degree. Long term, Hudson also hopes to pursue a law degree and one day work as an education policy maker.

“A lot of people hear about my accomplishments and think I have it all together,” she said. “That’s definitely not true. I’ve had so many rejections, and so many ‘Nos’ over the years.

“But I think you have to be resilient and know you have a purpose. For me, my purpose is that I want to serve other people. That’s what pushes me to keep going.”