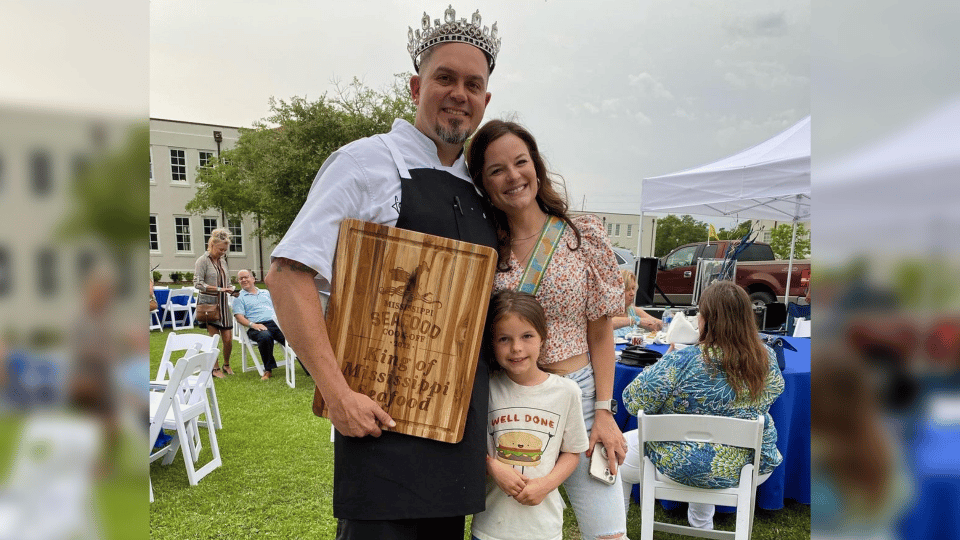 Mississippi’s newest Seafood King is taking his crown down south to fight for the title of “King of American Seafood” in the Great American Seafood Cookoff on August 6 in New Orleans.

Chef Cooper Miller, owner of Fork Lift in Tupelo, was named the winner of the Mississippi Seafood Cookoff in Gulfport in late May for his winning dish.

In less than 50 minutes, Miller had created his first-place dish of potato and chorizo-crusted snapper over fresh corn puree with heirloom tomato pico and roasted jalapeno sauce.

Miller’s love for cooking has spanned across the years, first cooking in college and later training at the Le Cordon Bleu College of Culinary Arts in Atlanta, Georgia, before moving back to his home state.

Since then, Miller has owned Fork Lift for four years, specializing in a wide range of foods including patty melts, tacos, mussels, oysters, steaks, and more.

Now, the Mississippi native is hoping to bring his skills down to the Louisiana Gulf Coast to bring the winning title home once again.

You can watch Mississippi’s own Seafood King compete in the Great American Seafood Cookoff live at the Ernest N. Morial Convention Center in New Orleans. Opening Ceremonies begin at 11:15 a.m. and tickets cost $10 at the door.