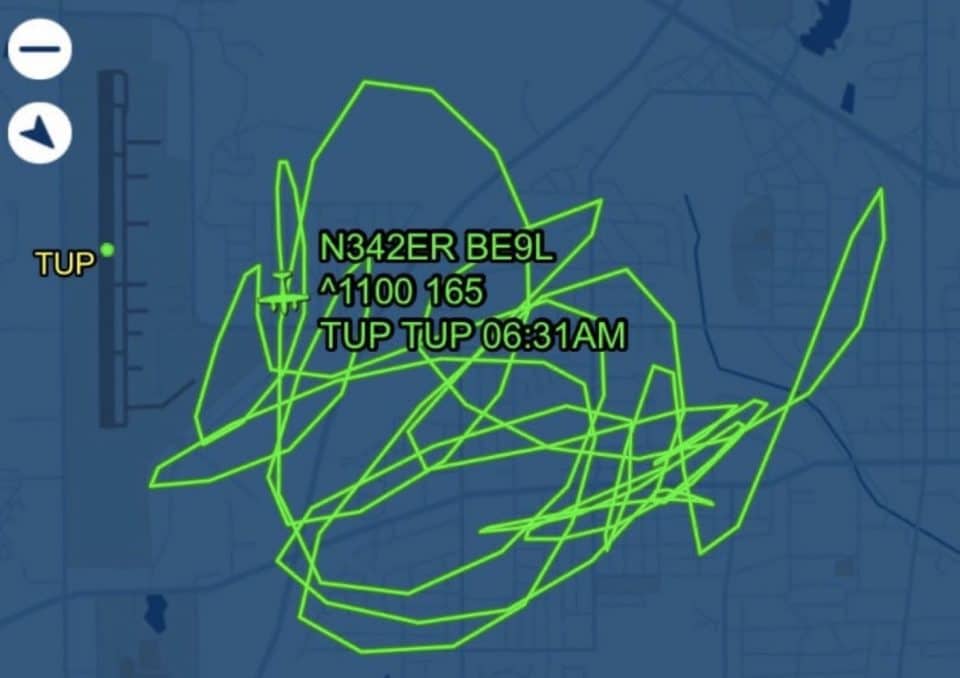 Update: Benton County Sheriff’s Office has confirmed to SuperTalk Mississippi News that the plane landed in Ashland, Miss. The suspect is in custody.

Here is the full path of travel that the stolen plane took.

Governor Tate Reeves has responded to the situation.

The plane over North MS is down. Thankful the situation has been resolved and that no one was injured. Thank you most of all to local, state, and federal law enforcement who managed this situation with extreme professionalism.

The Daily Journal has confirmed that the subject has been identified as Cory Patterson of Shannon.

At approximately 08:35 a.m. the plane is reported to be airborne north of Tupelo in the Benton, Union County Area. Local, state, and federal authorities are continuing to monitor this dangerous situation.

Tupelo Police Department (TPD) has been notified that a pilot who is flying an airplane over Tupelo threatened to crash into the Walmart on West Main.

The pilot has made contact with E911 and made the threat to intentionally crash into the supermarket.

TPD says that they have worked with Walmart West and Dodges on West Main to evacuate the stores and disperse people as much as practical. TPD also has been able to begin talking with the pilot directly.

Citizens are asked to avoid that area until an all-clear is given. With the mobility of an airplane of that type, the danger zone is much larger than even Tupelo.