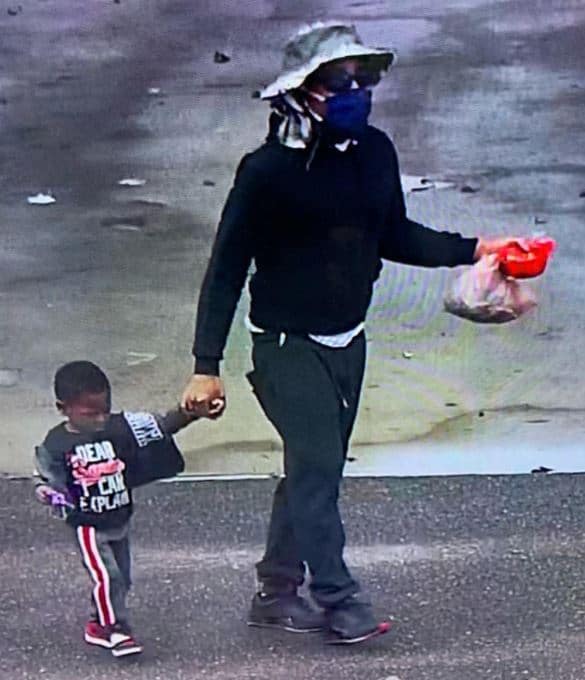 34-year-old Jeremy Fitzgerald and 29-year-old Turliscea Turner, both of Memphis, Tennessee, have been federally charged in a criminal complaint with kidnapping a two-year-old boy whom they later abandoned at a Goodwill Store in Southaven, Mississippi.

D. Michael Dunavant, U.S. Attorney in the Western District of Tennessee announced the kidnapping charge in the federal complaint Thursday.

The next morning, Fitzgerald, Turner, and an unknown subject drove and transported the child across a state boundary from Memphis to Southaven, Mississippi. When they stopped at a gas station, Fitzgerald took the child out of the car to a nearby Goodwill store and abandoned him there. Turner went into the gas station; she knew that the child had been left at the Goodwill store.

Southaven Task Force Officers recovered surveillance video that showed the maroon vehicle that Fitzgerald and Turner had driven to Southaven with the child. The suspect vehicle was observed on Germantown Parkway in Shelby County on the afternoon of December 14, 2020. When law enforcement responded to the area, Fitzgerald crashed the vehicle and was later transported to a local hospital with minor injuries. Deputies found Turner inside a nearby Kroger, wearing the same clothing as in the surveillance video. Both subjects were taken into custody without further incident.

If convicted of kidnapping in violation of 18 U.S.C. § 1201, the defendants each face a possible sentence of 20 years and up to life in federal prison, 5 years to life of supervised release, and a $250,000 fine. There is no parole in the federal system.

The case will be presented to a federal grand jury at a later date to consider an indictment against the defendants, where additional federal charges may be added.

The charges and allegations contained in the complaint are merely accusations of criminal conduct, not evidence. The defendants are presumed innocent unless and until proven guilty beyond a reasonable doubt, and convicted through due process of law.

The Federal Bureau of Investigation (FBI), Shelby County Sheriff’s Office, and the Southaven Police Department are continuing to investigate this case.

Assistant U.S. Attorney Lauren Delery is prosecuting this case on behalf of the government.