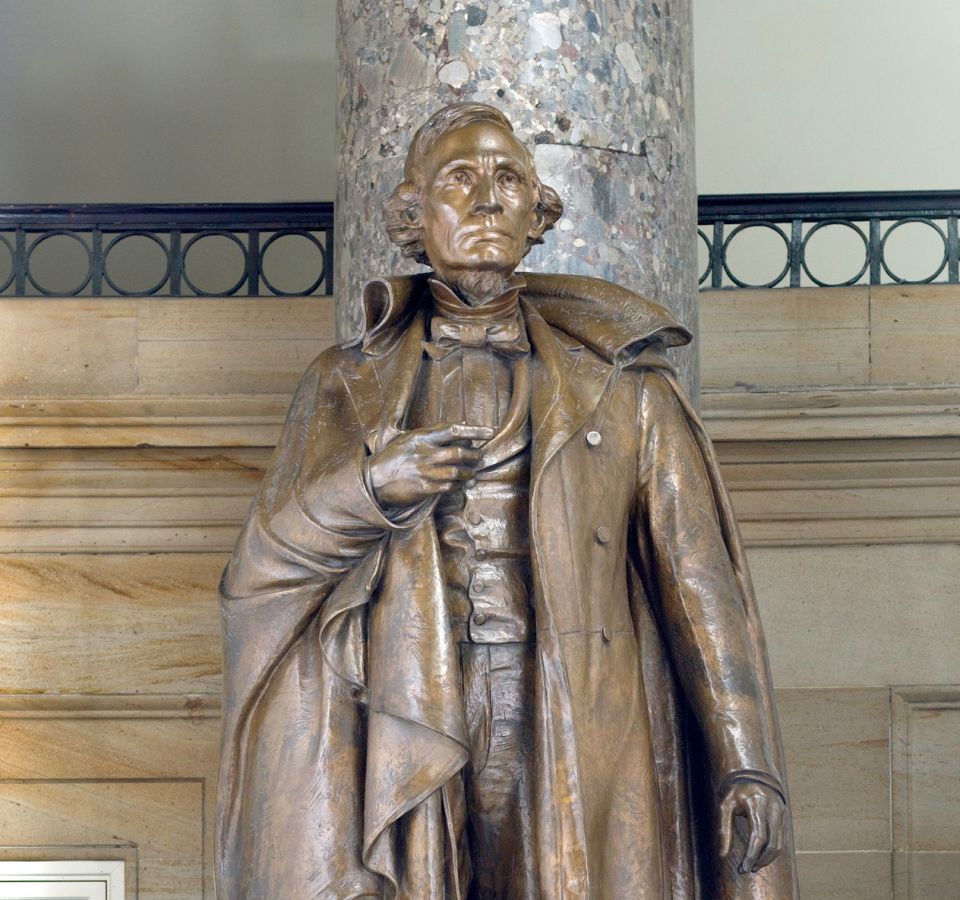 Image courtesy of Architect of the Capitol

On Tuesday, the House voted to approve a bill that would remove statues of men at the U.S. Capitol who served in the confederacy.  The legislation passed 285 to 120.

Congressman Michael Guest was delayed in his return this week to Washington following the passing of a close family member. As a result, he was unable to vote on H.R. 3005.

Congressman Guest voted against a similar piece of legislation last year, and said his stance remains unchanged. In an interview last year, he said, “I would be opposed to the federal government ordering or dictating Mississippi to remove those statues.”

He added, “The process for removing or changing states’ statues displayed in the U.S. Capitol already exists, and the authority is granted to state legislatures to make these decisions.”

Congressman Bennie Thompson, who voted in favor of the bill stated, “I support HR3005 – A bill introduced by Majority Leader Steny Hoyer to remove symbols of sedition, slavery, and segregation from the U.S Capitol. Confederate statues plague our nation signifying hate and divide. Our monuments should represent those who fought for inclusivity and a better America.”