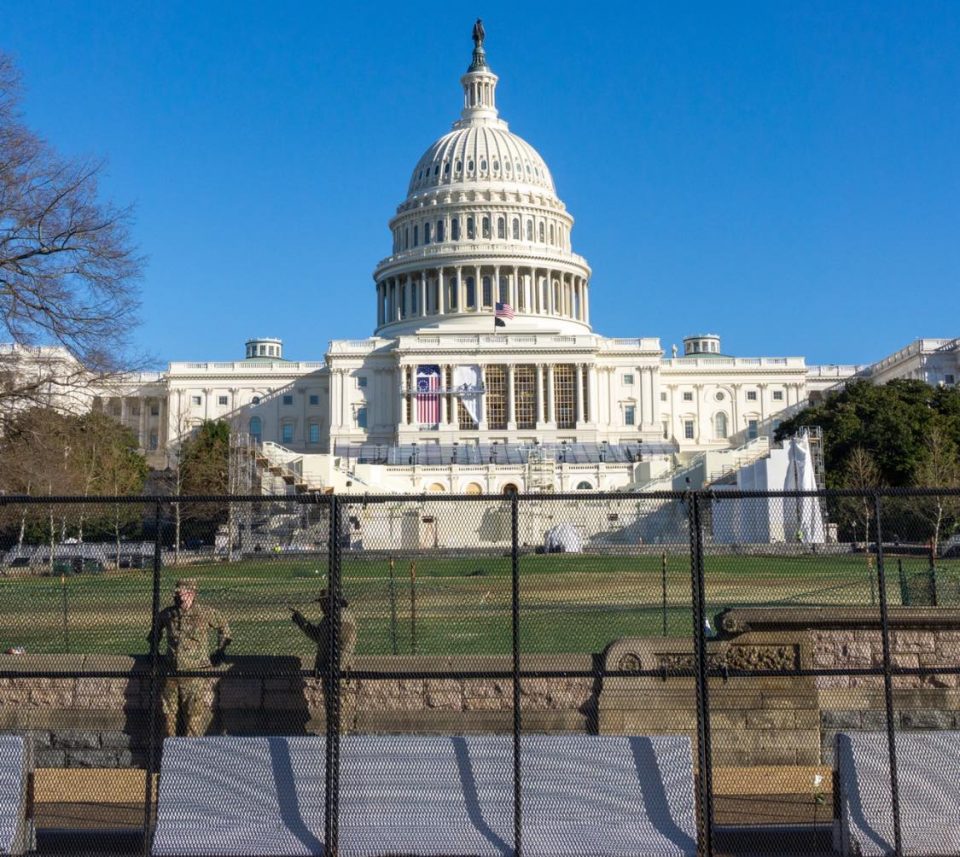 On January 6th, protestors breached the U.S. Capitol.  Now, officials are on high alert with a potential threat looming tomorrow.

The following information was shared in a press release issued today by the U.S. Capitol Police:

The United States Capitol Police Department is aware of and prepared for any potential threats towards members of Congress or towards the Capitol complex. We have obtained intelligence that shows a possible plot to breach the Capitol by an identified militia group on Thursday, March 4. We have already made significant security upgrades to include establishing a physical structure and increasing manpower to ensure the protection of Congress, the public and our police officers.

Our Department is working with our local, state, and federal partners to stop any threats to the Capitol. We are taking the intelligence seriously. Due to the sensitive nature of this information, we cannot provide additional details at this time.

Fox News reports they obtained a memo to lawmakers in which Acting House Sergeant at Arms Timothy Blodgett on Monday said that officials are continuing to monitor “potential protests and activity surrounding what some have described as the ‘true Inauguration Day.’

The original day which the U.S. inaugurated presidents was March 4th.

Currently, there is no indication if House or Senate will alter any activities in light of the potential threat.

Thousands of National Guard troops continue to guard the Capitol which is surrounded by barriers of razor-wire fencing.

Op-ed: When will our state’s Big Three begin working together?