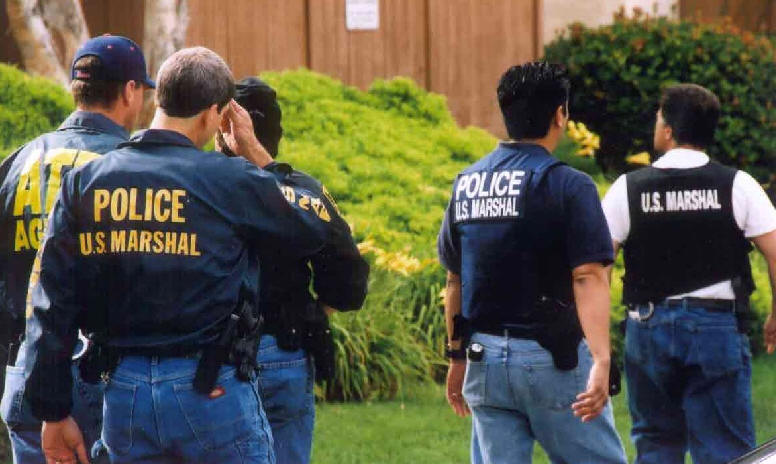 An additional 3 children self-returned during the operation and 3 more were located. Investigations led to recoveries in Phoenix, Arizona where a female teen was in route to Las Vegas, NV to meet up with an older adult male she met on the internet.

Two recoveries were made in a rural area of southern Mississippi.

One arrest was made in St. Bernard Parish involving an adult family member of the missing/endangered teen. A rifle stolen out of New Orleans was recovered in Tangipahoa Parish on August 27th during one of the investigations that also involves possible gang activity. Investigations as part of the two-month  operation also uncovered allegations of human sex trafficking of minors during several of the cases.

One sex offender, Joseph Edward Cantrell, who had been in violation of his registration in Georgia since at least 2017 and having three prior convictions involving children was located living in the Central Business District of New Orleans and was arrested on a LA State Police felony warrant for Failure to Register as a Sex Offender.

Another lifetime registration sex offender from Delaware, Roman E. Byler, having two prior felony sex-based convictions with juveniles was located unregistered and living in New Orleans on August 23rd in a high drug trafficking area walking with another male with a history of criminal activities. Byler was wanted out of Delaware on an August 2021 felony warrant related to cutting off his Electronic Monitor (EM) and fleeing his Delaware Probation based on a prior DE conviction for Rape 4th Degree Sexual Penetration of a Victim less than 16 years of age.

Fugitive Tier 3 sex offender, Gerald Dominick, who’s original sex-based conviction involved a female teenage victim was wanted on a LA State Police warrant for felony Failure to Register as a Sex Offender issued in July 2020. Dominick was residing in Westwego, LA and attempted to hide in a bedroom prior to his arrest by LA State Police.

Additionally, the operation resulted in the arrest of six (6) additional fugitives to include an adult male wanted by New Orleans Police on a September 2021 warrant for Sexual Battery on a 7 year old victim, another adult male on a New Orleans Police Department warrant for 2 counts of Production of Child Porn on a 14 year old female victim that was related to a prior case, and an adult male on a July 2021 Orleans Parish Criminal District Court Capias based on a Grand Jury Indictment for Aggravated Rape and Aggravated Kidnapping that occurred in 1989 but the suspect was recently identified via a DNA hit. That fugitive had recently been released from prison and was already considered a habitual offender and lifetime sex offender registration (Tier 3) based on a prior Forcible Rape and Burglary conviction.

“This was another example of the results that can be accomplished with continuing law enforcement teamwork, and I am very proud of the long-term partnerships created by our USMS New Orleans Task Force with other local, state and federal agencies in combating violent crime and recovering missing/endangered children, said U.S. Marshal for the Eastern District of Louisiana Scott Illing. “Much of this work was also accomplished while dealing with the aftermath of Hurricane Ida in the New Orleans metro area.”

Participants in the two Operations: “Return of the School Year” and “NO Saints and Sinners 2021” included:

Any information about missing/endangered children should be reported to your local police department and or the National Center for Missing and Exploited Children at 1-800-The-Lost. Information about violent fugitives can be provided to the U.S. Marshals Service at (504) 589-6872, via email at usms.wanted@usdoj.gov, or with the USMS tips app. Crimestoppers GNO may also be contacted with tips at (504) 822-1111.

Additional information about the U.S. Marshals Service can be found at http://www.usmarshals.gov.

Thunder & Lightning: Will We Learn Anything About Mississippi State This Weekend?

Three men charged with murder of 7-year-old in Clarksdale