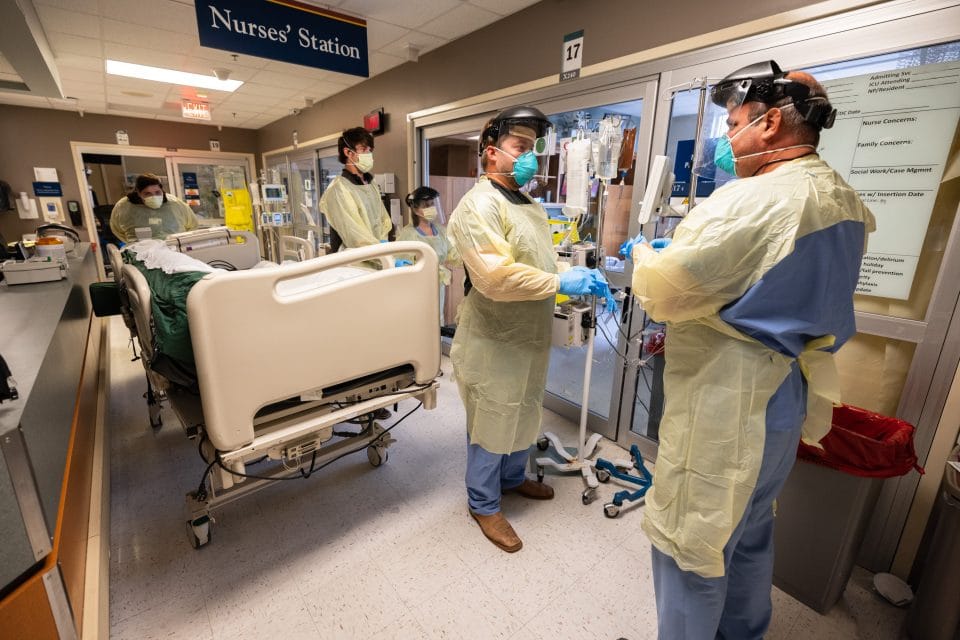 With the latest wave of the pandemic leading to record-setting rises in cases and increasing levels of stress on the healthcare system, Governor Tate Reeves has outlined the state’s effort to get the situation under control.

The governor took to social media to list the measures being implemented to create additional hospital capacity and to address staff shortages in medical facilities across Mississippi.

“My number one goal from day one of this pandemic has always been to protect the integrity of our health care system. The current phase of the pandemic seems more and more like a “pandemic of the unvaccinated” – as the Delta variant has had very few breakthrough cases amongst those who have “gotten the shot” – but the goal remains the same: ensure everyone that can get better with quality care receives that quality care,” the post says.

Hospitalizations are currently hovering around 1,400 and ICU beds in short supply, but the governor outlined that Mississippi also has 2,000 fewer nurses than it did at this time last year during the initial wave of the pandemic. The Mississippi State Department of Health (MSDH) has determined that 920 healthcare professionals are needed to adequately address the shortage for the time being.

The University of Mississippi Medical Center is preparing to re-open its 50-bed MED-1 facility in the parking garage of its Jackson facility to help create additional bed space. Last week, UMMC officials stressed that shortages were one factor pushing the system toward a “breaking point.” The facility will be staffed by a a federal disaster medical team and it should be operational by Friday.

The assistance comes at a time when hospitalizations are rising, and as of Tuesday, 70 UMMC hospital employees, including 20 who work at outpatient clinics, were either sick with COVID-19 or quarantined because of exposure.

Governor Reeves also noted that officials are considering an additional 50-bed facility in Jackson and another in Hattiesburg.

MSDH and MEMA have also requested that 10 additional facilities begin administering monoclonal anti-bodies treatment, which reduces the chance of hospitalizations for COVID patients.

Governor Reeves’ post also alludes to the possibility that the ‘State of Emergency,’ which is set to expire on Sunday, could be extended. The order has been in place since the onset of the pandemic, allowing resources and funds to quickly move throughout the state for response efforts. The Mississippi National Guard ceased its COVID-19 mission in the state back in July following the announcement that the order would be lifted.

The governor’s post did point to that fact that over 60,000 vaccinations were administered last week, but he stopped short of encouraging Mississippians to get the shot. He instead opted to say “do what’s best for you and your family.” This is in stark contrast to the heath officials that have been publicly calling on all eligible residents to get to shot as an overwhelming majority of cases, hospitalizations and deaths are among the unvaccinated. Mississippi’s vaccination rate remains the second lowest in the country at just over 35%.