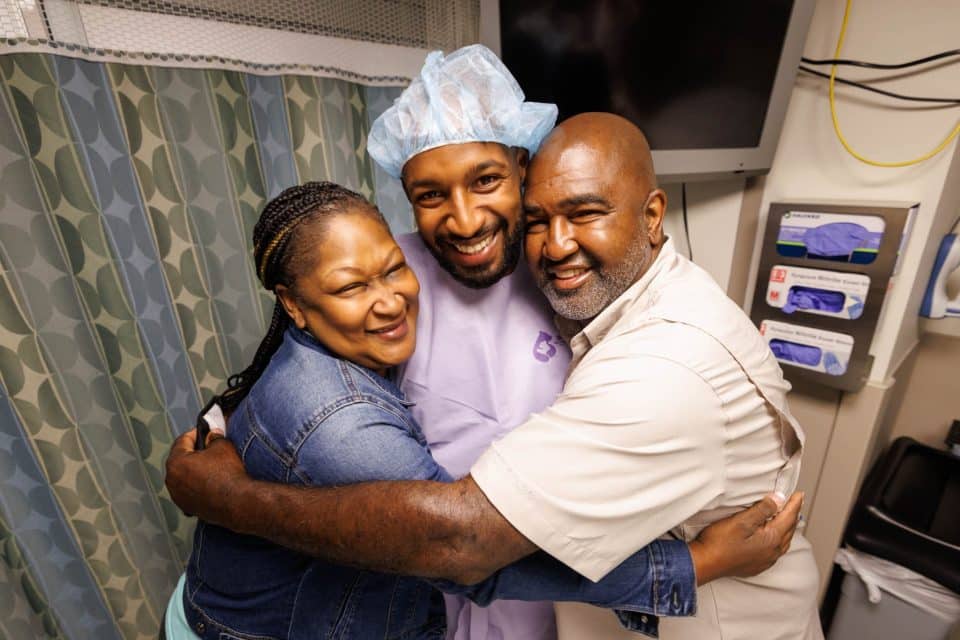 The University of Mississippi Medical Center (UMMC) is celebrating its 3,000th transplant after a mother received a kidney from her only child.

Tawanna Davis was suffering from kidney failure to the point in which she was attached to a dialysis machine three times a week.

When Davis was told she was in need of a new kidney, her 25-year-old son, Quinten Hogan, had bloodwork done to determine if he would be a viable candidate to donate his kidney to his mother.

After results showed that he was a match, Hogan immediately agreed for his mother to be the recipient of his kidney.

“He matched up. When he told us, I was in tears. We were all in tears,” Davis said. “We questioned him to make sure he wanted to do it. That’s a big change. He let us know that he’d made his mind up. It was overwhelming. A lot of people don’t match.”

On June 28, Hogan had his kidney laparoscopically removed at 7:30 a.m. by UMMC’s Dr. Chris Anderson. The surgery ended around 11:30 a.m. and Davis was prepped for surgery an hour later.

“To do a live donor transplant on this occasion was extra special,” Dr. Anderson said regarding the 3000th transplant. “This is a landmark number, and it’s telling that the majority of those have been done in the last decade. It speaks to the institutional commitment for transplant in the state of Mississippi.”

Davis’ kidney is among the 2,246 transplanted at the Medical Center. Additionally, UMMC has transplanted approximately 356 livers, 338 hearts, 11 lungs, and 49 pancreases.

The medical center’s first successful transplant took place in June of 1963 when Dr. James Hardy successfully implanted a donor’s lung. This was the first human lung transplant in history.

SuperTalk Eagle Hour: Actor Gary Grubbs talks about the greatest sports movies of all time as well as his own great movie & TV career