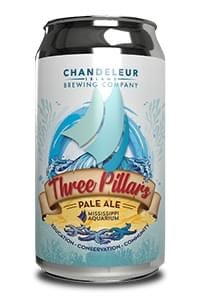 When you think conservation, beer probably doesn’t enter your mind.  But thanks to a partnership between the Mississippi Aquarium and Chandeleur Island Brewing Co., proceeds from the latest in a ‘Conservation Series’ of beers goes directly toward those efforts.  Three Pillars Pale Ale was introduced Friday, the fourth in the series, and there are plans for others.

The beer pays tribute to the three pillars of the Aquarium’s mission statement:  Education, Conservation and Community.  The three sails at the entrance to the facility represent the 3 pillars, which are also on the front of the beer’s label.

Mississippi, Tennessee, & Louisiana State Troopers to conduct “Line to Line” patrols on I-55