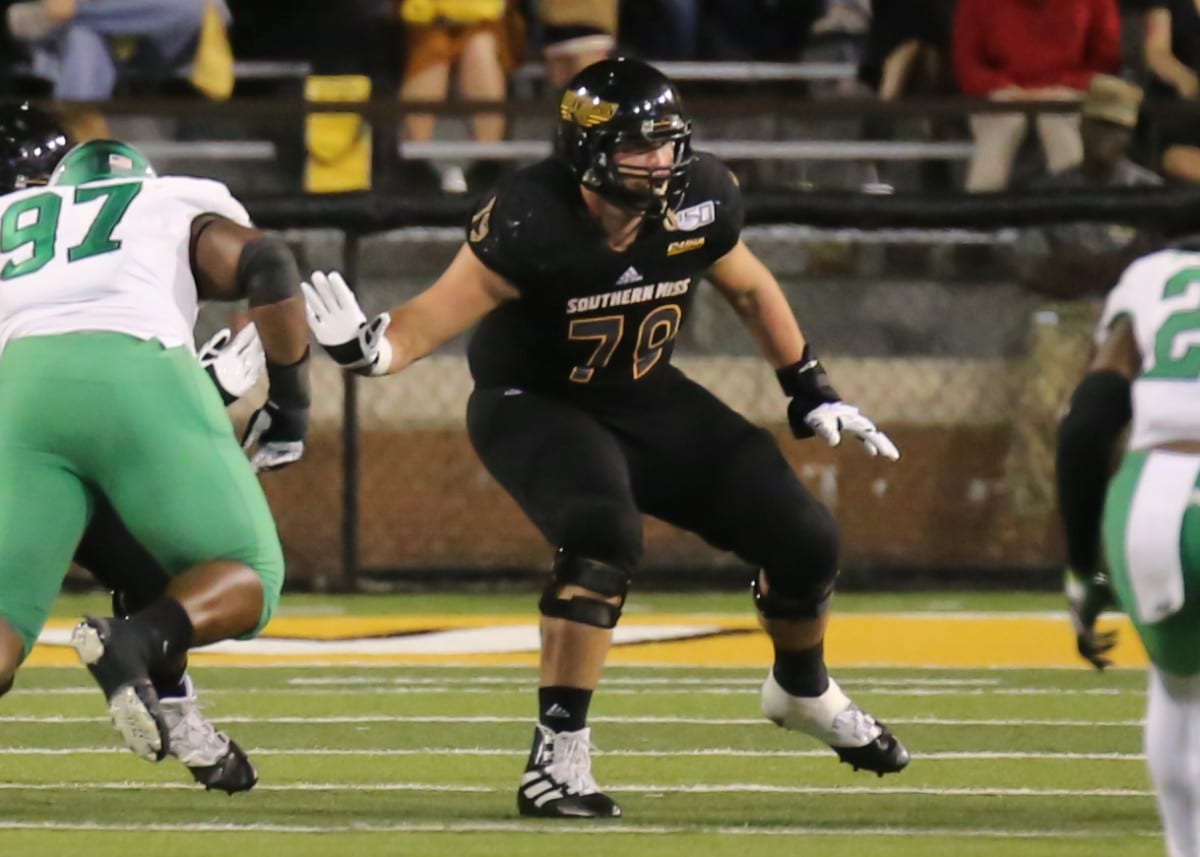 This is the sixth year this honor has been presented, in memory of former Mississippi State and Buffalo Bills lineman Kent Hull.  The Kent Hull Foundation established the award in 2013.  Since that time three Mississippi State players and two Ole Miss lineman have taken home the prize. Dorbeck becomes the first winner from Southern Miss.

The 6-foot-6 offensive tackle weighs in at 320 lbs. He played his high school ball at Saint Aloysius High School.  While in high school, he also played both baseball and basketball along with football. Dorbeck was redshirted his freshman year of college but has started every game with the exception of three games his sophomore year due to injury.  A kinesiology major, Dorbeck was a Conference USA Honor Roll member in 2016.

The previous recipients of the Hull Trophy have all gone on to play in the NFL.  They include: Gabe Jackson of MSU, Laremy Tunsil of Ole Miss, Fahn Cooper of Ole Miss, Justin Senior and Martinas Rankin of Mississippi State.  This is the third year that Entergy has sponsored the award.  The Hull Foundation raises funds for the Candlelighter’s of UMMC and Entergy’s support has allowed them to increase their donations.

The Hull Trophy will be presented on Tuesday Dec. 3, during the C Spire Conerly Trophy banquet.  The banquet returns to the Country Club of Jackson and begins with a 5:30 reception and 6:30 program.  Reggie Collier, a Mississippi Sports Hall of Famer and former USM Quarterback will be the featured speaker.