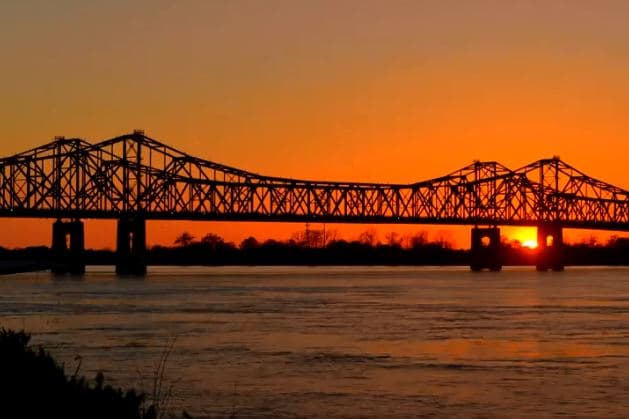 Plans to relocate one of Vicksburg’s most popular parks on the Mississippi River are in the works according to city officials.

Since 2020, the Riverfront Park has been closed to the public due to continuous erosion to the river’s bluffs, with over $1 million from the county going to repairs since 2008.

Now, officials are looking to move the once-popular park to a new location that will still have a scenic overlook of the river.

The new park, which will occupy the corner of Oak and Lee Street, will spread over 5.5 acres of donated land just minutes away from the original Riverfront Park.

Kelle Barfield, President of the Warren County Board of Supervisors, stated that she’s excited about the addition of one more element that makes life in the county even better.

“Vicksburg is a community renowned for its tourism, its hospitality, and I know that visitors to the area will love the scenery and love getting out there with their families,” Barfield explained. “But as much as anything, what I love about the Riverfront Park, is it really does contribute to the overall quality of life that we’ve got here in Warren County.”

An eight-member advisory committee board was also recently appointed to oversee the designing of the newly located park with expectations of bringing a recommendation to the city by the end of this year.

As for the old Riverfront Park, equipment from the previous location will be reused in the new property since the assets are in good condition.

Currently, a timeline has not been released of when the park’s construction is anticipated to be complete, but approval for the park’s relocation is already underway.