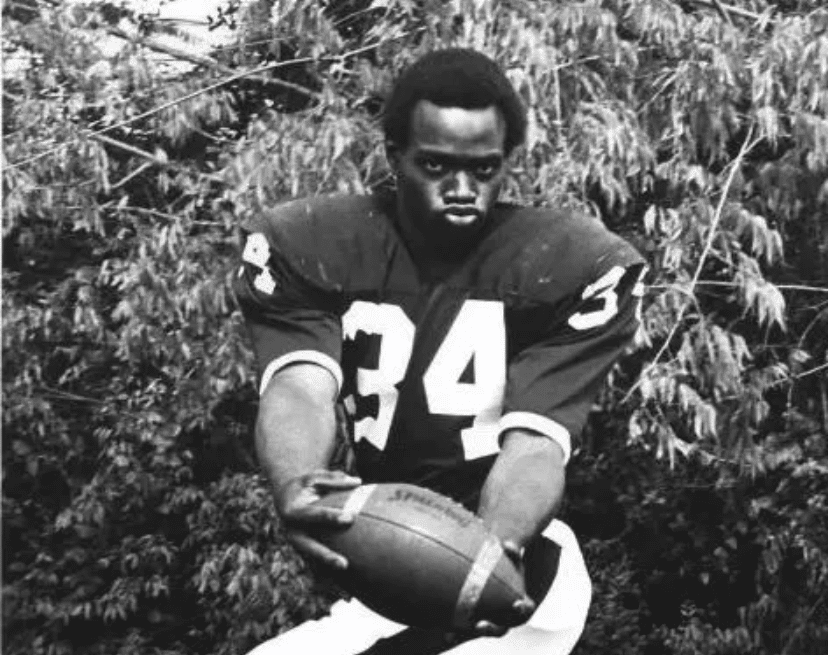 Here’s what the NFHS wrote about Payton:

Before the late Walter Payton became one of the greatest running backs in National Football League history for the Chicago Bears,  he was a multi-sport – and activity – star at Jefferson and then Columbia High School in Columbia, Mississippi. Regarded as one of the top athletes in Mississippi history, Payton also was drawn to music at a young age. He was an accomplished piano player, gifted dancer and played drums four years in his high school’s band. In fact, Payton did not play football until his junior year; however, he quickly made up for lost time, running for 65 yards and a touchdown on his first carry. After moving from the all-black Jefferson High School to Columbia High School in the middle of his junior season, Payton scored on touchdown runs of 87 and 62 yards in his first game at Columbia. Payton led the conference in scoring and rushing and a senior, was named the conference’s best back and was selected to the all-state team. Payton averaged 18 points per game in basketball, played baseball and won the long jump in the state track and field meet. Payton was a two-time All-American at Jackson State University and led the nation in scoring in 1973. In 13 seasons with the Chicago Bears (1975-87), Payton rewrote the NFL record books with 16,726 yards rushing and was inducted into the Pro Football Hall of Fame in 1993. He died in 1999 at the age of 45.

The induction ceremony for the 2022 NFHS class will take place July 1 in San Antonio.

Criminalizing drug use is crippling our workforce