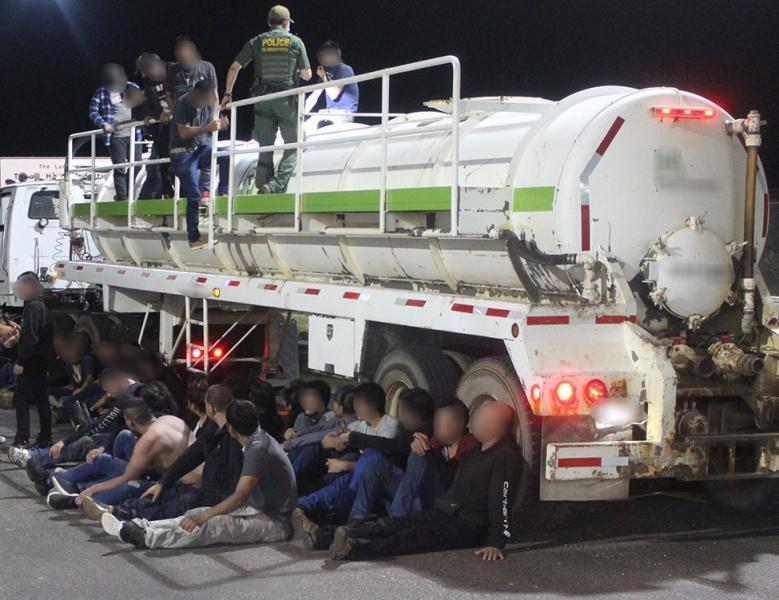 Image courtesy of the U.S. Customs and Border Patrol

Efforts to block President Biden from spending $1-billion to provide $450-thousand per-person for settlements for illegal immigrants are already underway.  Under Biden’s plan, payments of $1-million per family would be given to those that crossed the border illegally and were separated as a result of the Trump administration’s zero tolerance border policy.

Spencer Raley with the Federation for American Immigration Reform told SuperTalk Mississippi earlier this week the proposal is unthinkable.  “That’s just another green light for more illegal immigration.  That’s the Biden administration saying for coming to the U.S., for violating our immigration laws, I’m going to try to get you an amnesty and I just might cut you a check that’s bigger than most Americans will see in their lives.”

Mississippi Senators Roger Wicker and Cindy Hyde-Smith cosponsored two efforts to block the plan.  They are original cosponsors of the Prohibiting Taxpayer Funded Settlements for Illegal Immigrants Act, which was introduced as a stand-alone bill and as an amendment to the FY2022 National Defense Authorization Act.

“During the worst border crisis in decades, the last thing this country needs is to use taxpayer funds to add fuel to the fire,” Wicker said. “The Biden Administration should be focused on stopping the flow of people across our border, not giving new incentives to migrants who are considering making the journey.”

“It’s truly mind boggling to think the Biden administration wants to give illegal immigrants six-figure payouts for crossing our border illegally—more than what’s offered to the families of our fallen troops,” Hyde-Smith said.  “The worst of the President’s ongoing border crisis is yet to come if his administration makes these outrageous payments, which will be seen as another signal that the United States has opened its borders.”

During an interview on The Gallo Show Monday, Raley also detailed how a new caravan of roughly 4-thousand migrants rejected an offer of humanitarian visas from Mexico as they continue to make their way to the U.S. border.  It’s estimated that more than 400-thousand illegals slipped past detention this year, and got into the interior of our country.