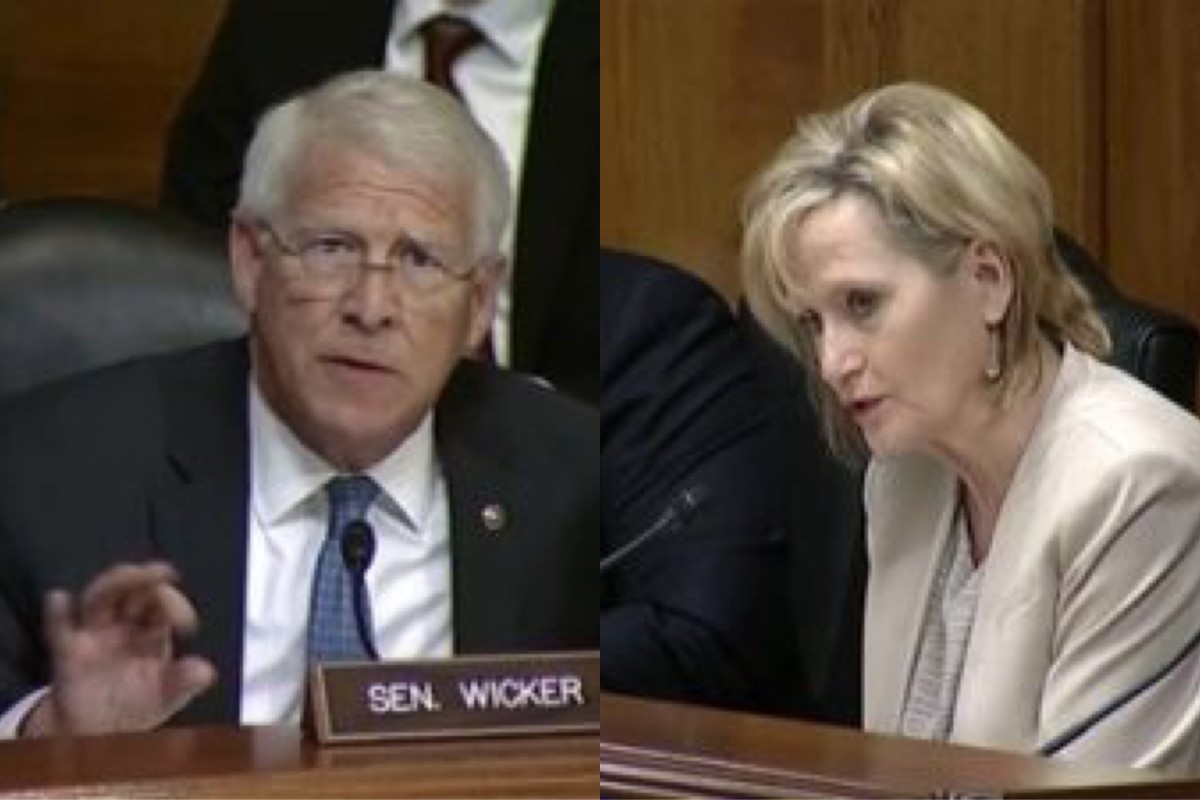 Mississippi Senators Roger Wicker and Cindy Hyde-Smith are helping to reintroduce the “National Flood Insurance Program Reauthorization and Reform (NFIP-RE) Act” (S.3128).  The bipartisan legislation would extend the program for five years, and introduce a variety of new reforms to ensure more affordable premiums, improve service, and ensure the long term success of the program.

“The NFIP is a lifeline for many Mississippi communities that remain at risk of flooding,” Wicker said. “After an active season of floods, it is clear that the NFIP not only needs to be reauthorized, but also that it needs to be reformed to make it work better for taxpayers and policyholders alike.”

“Flooding poses a consistent threat throughout Mississippi and fundamental problems within the National Flood Insurance Program causes unneeded economic and emotional trauma for thousands of families,” said Hyde-Smith. “It’s time we get serious about fixing what’s wrong with the program, while implementing reforms that will benefit taxpayers and policyholders over the long term.”

Wicker offered two reforms to the program that were included in this year’s reauthorization legislation:

Small Business Surcharge Relief Act – Would allow a small business or nonprofit with multiple insured structures to pay for mitigation projects on their property in lieu of NFIP surcharges.

Flood Insurance Continuing Education and Training Act – Would provide continuing education for insurance agents to ensure that accurate information about flood policies is being presented to consumers.

Hyde-Smith, a lead cosponsor of the first NIFP-RE Act introduced in 2019, continued her advocacy for several provisions in the new legislation, including:

Historic Loss Calculations – Excluding catastrophic loss years in the average historical loss year calculations in accordance with accepted actuarial principles.  This will have the effect of not only lowering policy premiums and addressing affordability issues, but also ensuring private insurers have a realistic market to compete in and stability for the housing market.

Mitigation and Mapping Reforms – Proactive mitigation and mapping reforms, including a new community mapping appeals process regarding flood maps created by the Federal Emergency Management Agency (FEMA) for states, local governments, or property owners.  This would give FEMA the incentive to “get it right the first time” and repay policyholders for contributing to the body of flood risk knowledge.

Recognizing Levee-Protected Areas – Enhanced risk assessments to more fairly recognize the protection offered by levees and other flood control structures, and robust funding for large-scale, community-wide mitigation efforts, and mitigation assistance programs, which are the most effective way to reduce flood risk.  According to FEMA and the Congressional Budget Office, mitigation programs save the American public an estimated $5.2 billion dollars annually.  There is a $6 future savings gain for every dollar spent on mitigation—and a 54:1 or higher return on community-wide projects.

Appeals Process – Allowing policyholders to seek a third party, neutral review instead of going through FEMA for their appeal.

Long-Term Certainty – Reauthorizes the NFIP for five years, through Sept. 30, 2026, and provides for continuous operation in the event of a government shutdown, providing greater certainty for communities.

Investments in Mitigation – Provides strong funding levels for cost-effective investments in mitigation, which have a large return on investment and are the most effective way to reduce flood risk.

More Accurate Mapping – Increases funding to implement Light Detection and Ranging (LiDAR) technology to the FEMA flood-mapping program for more accurate flood risk across the country, generating data that will lead to better building and land use.

Oversight of Write Your Own (WYO) Companies – Creates new oversight measures for insurance companies and vendors, and provides FEMA with greater authority to terminate contractors with a track record of abuse.

A copy of the bill text can be found here.