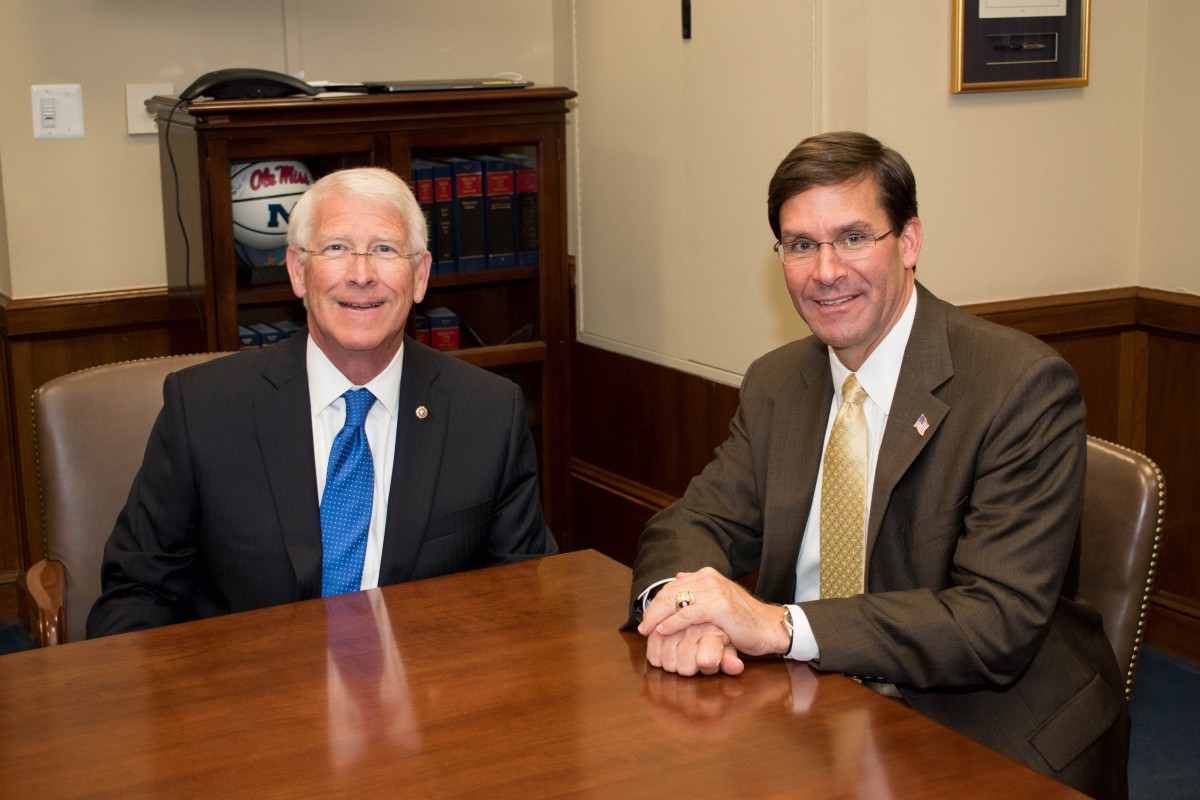 Former Army Secretary Mark Esper has been confirmed as the new Secretary of Defense. Mississippi Senator’s Roger Wicker and Cindy Hyde-Smith both voted to confirm Esper.

Wicker, a senior member of the Senate Armed Services Committee, has been a supporter of Esper since his nomination to the position and questioned him during one of the hearings considering him for the position as Defense Secretary.

“Mark Esper’s experience as a West Point graduate, combat veteran of the Gulf War, defense industry professional, and as the Secretary of the Army, have prepared him well to serve as our next Secretary of Defense,” Wicker said. “Secretary Esper will be an outstanding leader for the Pentagon at a time when our national security faces many challenges and growing threats. I look forward to working with him to provide our military with the resources and certainty needed to protect our nation, allies, and interests.”

Hyde-smith added her congratulations to Esper on being named Secretary of Defense saying: “I know he will work to keep our country safe.”