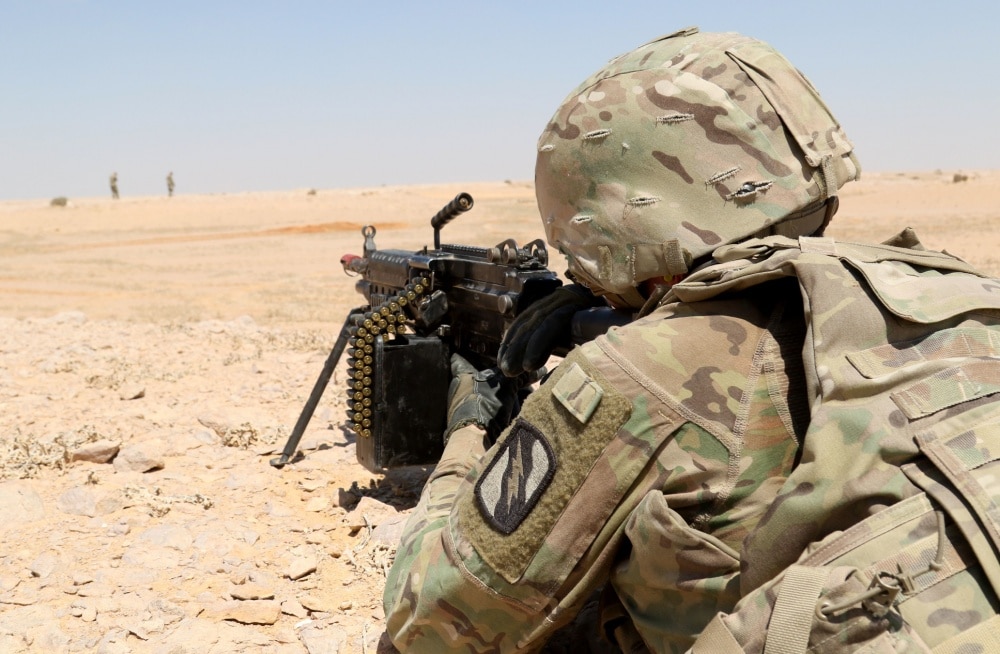 In his Weekly Report from Congress, Senator Roger Wicker is pressing Democrats to fund the military, saying the delay sends a message of weakness to the world:

Our two greatest adversaries, China and Russia, are getting more aggressive by the week. In recent days, Russia has tested our resolve by placing 90,000 battle-ready troops along its border with Ukraine. Moscow is also close to completing a major pipeline into Europe in the hopes of making our allies more dependent on Russia for energy. Meanwhile, China is achieving new military strength. Beijing recently surprised the world with a missile test demonstrating how far their weapons technology has progressed. In addition, Chinese planes continue to harass our ally Taiwan as China’s leadership openly talks of invasion.

Standing up to these threats will require decisive action from our President and a fully funded U.S. military. Unfortunately, Senate Majority Leader Chuck Schumer has been dragging his feet on this year’s annual defense authorization bill, which is essential to keeping our military running. Even some Democrats have grown frustrated with this delay, including Adam Smith, chairman of the House Armed Services Committee. Failure to pass this all-important bill is adding to the perception that America is growing weaker under President Biden.

For 60 years in a row, Congress has passed the National Defense Authorization Act to provide for the needs of our military. I have helped negotiate this legislation each year since joining the Senate Armed Services Committee. Passing this bill has almost always been an open process with ample opportunity for debate. Yet this year, Senate Democrats have refused to give this bill it time on the Senate floor. Even though it passed out of committee by an overwhelming vote of 23-3 in July, Mr. Schumer has not made the bill a priority.

This legislation contains a number of must-pass priorities. It would provide the military with $770 billion – an increase of $25 billion over the amount President Biden asked for in his weak budget request. It would fund 10 new Navy ships and extend the life of existing Navy vessels, helping our fleet to maintain a strong forward presence to counter China. It would provide a major boost to missile research to prevent China from surging ahead of us. And it would give our troops a much-needed three percent pay raise – an essential increase given soaring inflation.

Mississippi would also benefit from this legislation. The bill includes $15.5 million for a training facility at Camp Shelby, $1.6 billion for a new destroyer to be built in Mississippi, and a provision that would maintain our Mississippi Air National Guard refueling tankers based at Key Field in Meridian. Mississippi universities would also receive research grants to continue developing new defense technologies.

As it stands, the legislation is a major victory, but there is still room for improvement. Senators from both parties have introduced amendments that would send a clear message of strength to China and Russia. I am cosponsoring one amendment designed to prevent completion and operation of the Nord Stream 2 pipeline, which threatens to undermine our alliance with key European allies. I am also supporting an amendment to boost support for Ukrainian security forces, as well as a ban on goods produced in Chinese forced labor camps. There is strong bipartisan support for these measures, and I hope Senator Schumer will allow an open amendment process so that this must-pass legislation can finally move forward.