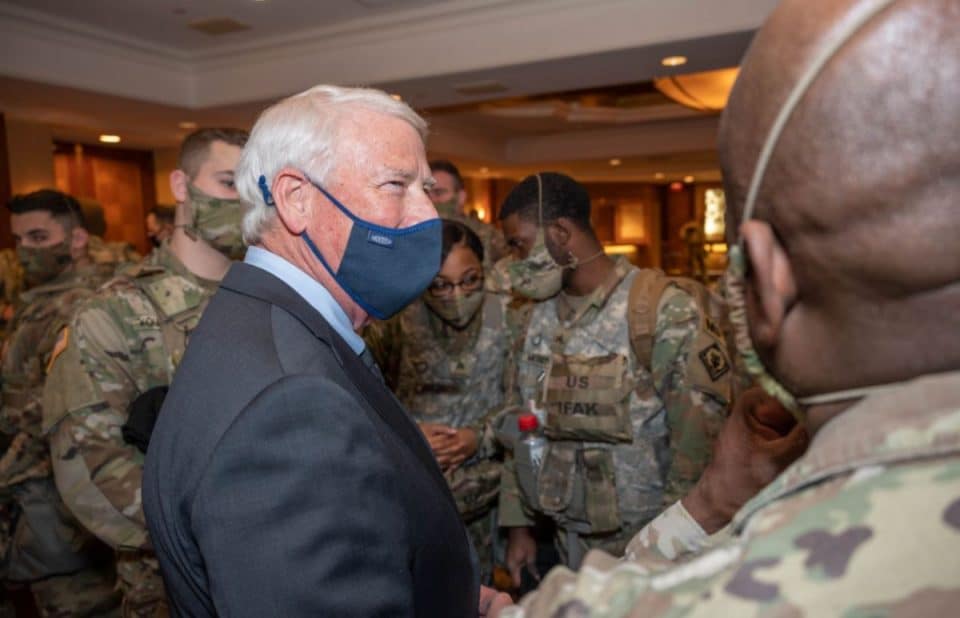 U.S. Senator Roger Wicker has voted in favor of legislation to provide funding to reimburse the National Guard and the U.S. Capitol Police for costs incurred while securing the Capitol in the months after January 6, 2021.

“The National Guard and Capitol Police have incurred steep costs in the months since January 6, 2021. Without immediate support to make up for these costs, many National Guard members would have gone without training and U.S. Capitol Police officers would have faced furloughs. I was glad to support Senator Shelby’s targeted plan to address these pressing needs and continue protecting our nation’s Capitol.”

The legislation will also include support for ongoing security measures at the U.S. Capitol and provisions to address the relocation of Afghan allies. Wicker has been a long time supporter of the Special Immigrant Visa program for Afghans who supported the U.S. war effort in Afghanistan.

“When President Biden chose to withdraw hastily from Afghanistan, he put many of America’s close allies in Afghanistan in immediate danger — including thousands of Afghans who served as interpreters with the assurance their lives would be protected. This legislation would help fulfill America’s promise to these interpreters by providing the resources needed to evacuate them and to streamline visa approvals for those caught in limbo in the Special Immigrant Visa program,” Wicker said.