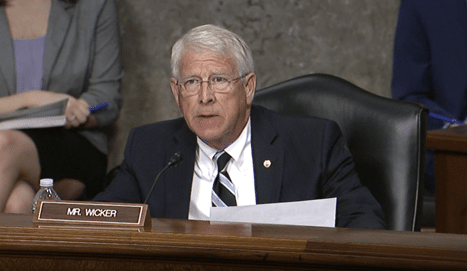 Along with Delaware Senator Chris Coons, Wicker reintroduced the bipartisan ‘Driving for Opportunity Act’ as at least 11 million people nationwide have their driver’s licenses suspended because they cannot pay fines or fees. The Senators believe this makes it harder for Americans to go to work to pay off their debts.

“Suspending driver’s licenses for unpaid fines and fees is counterproductive,” Wicker said. “Americans need access to vehicles to work and to care for their families. My home state of Mississippi rightly banned this practice in 2018. This legislation would encourage other states to follow our lead.”

“Driver’s licenses enable millions of Americans to travel to and from work, their children’s schools, doctor’s appointments, and places of worship,” Coons said. “At a time when the COVID-19 pandemic has made it even harder for Americans to pay their bills and care for their families, taking away someone’s driver’s license can make it nearly impossible to hold down a job and therefore pay back their debts. The Driving for Opportunity Act would end this practice that traps our most vulnerable populations in a cycle of debt while lifting an unnecessary and counterproductive responsibility from our police departments at a time when they are already carrying too heavy a burden.”